Football kicks off season with scrimmage 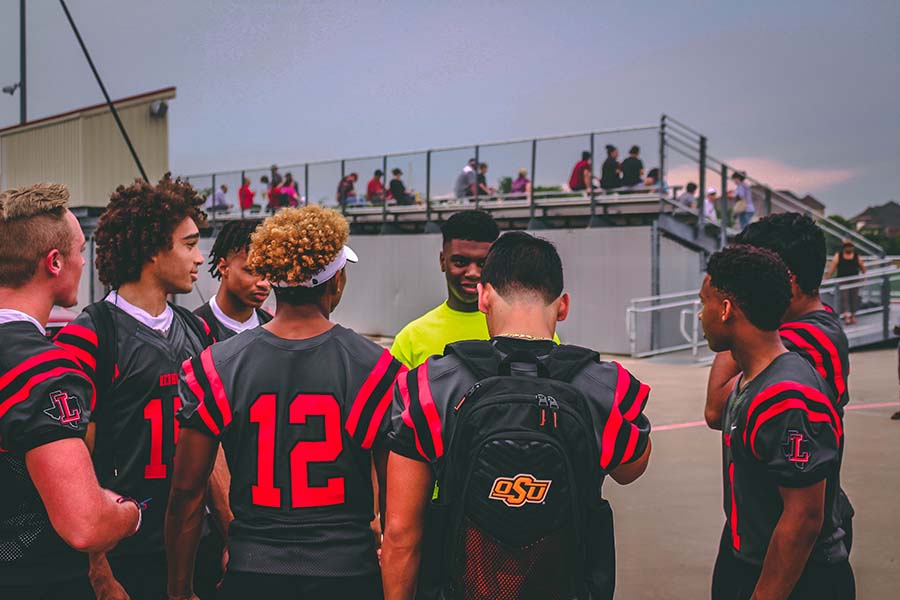 There will be no official Friday night lights this week, but the football team will be in action Friday as they take on Royse City in a scrimmage to prepare for the team’s first game Sept. 1 against  Wakeland at Memorial Stadium.

To get ready for the scrimmage and the regular season, the team has changed up its practice schedule from last year when a lot of the team’s work was done after school.

“This year, it’s at 6:00 in the morning before school and lifting and doing special teams during the period so that’s a big change,” senior Jordan Jones said. “I think mentally it’s making us stronger just having to get up at five o’clock every day. It’s hard. It’s mentally making us stronger for football.”

After the scrimmage the team will go straight into District 13-5A play with its season opening game against Wakeland.