Bye comes at the right time 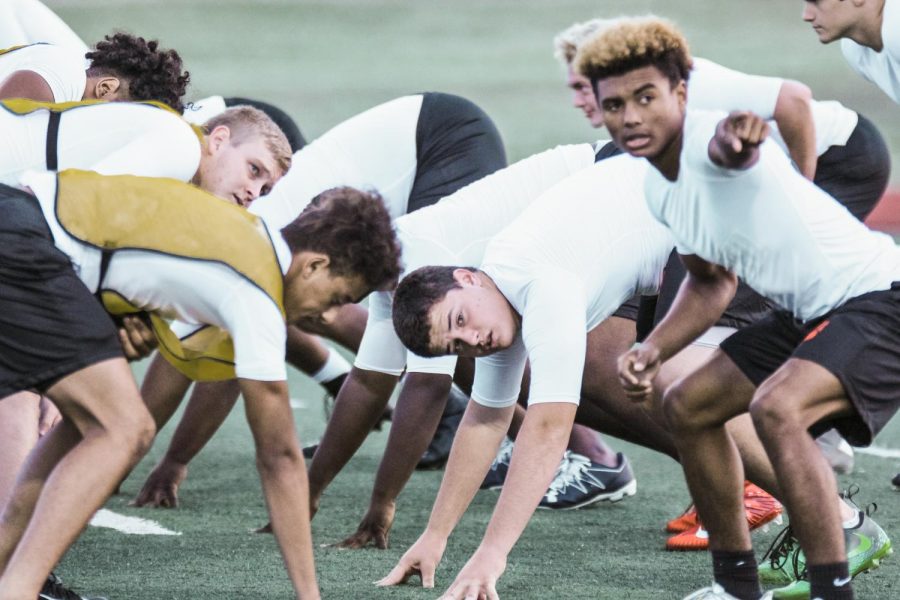 With a week off before its next game on Oct. 6, the football team can work on the fundamentals and also get in extra conditioning during the week.

Without a game this week, the football team is taking advantage of the week off to rest and prepare for their second district game of the season against Centennial on Oct. 6.

“You can really use it to prepare and condition, lift weights, get some extra practice in so we can make our run in districts,” senior Kody Antoine said. “Coming off a bye week we should be feeling better than we did before because that just gives us time for our bodies to recover, so we’re not sore, a time to get hydrated. It’s in a good spot because it’s like midseason, week five so it’s a good place.”

For head coach Chris Burtch, the bye week comes at the right time.

“It being the last week of the six weeks, it’s good to have an open week,” Burtch said. “One, focus on academics a little bit, make sure people are getting their stuff done. Two, we’re trying to heal some people up. We are kind of banged up, so very little contact this week to try to get their bodies ready again. The third thing is, we’re preparing for the next game. We have a school down the street next so we are in preparation for that game.”