The road to state goes through The Colony 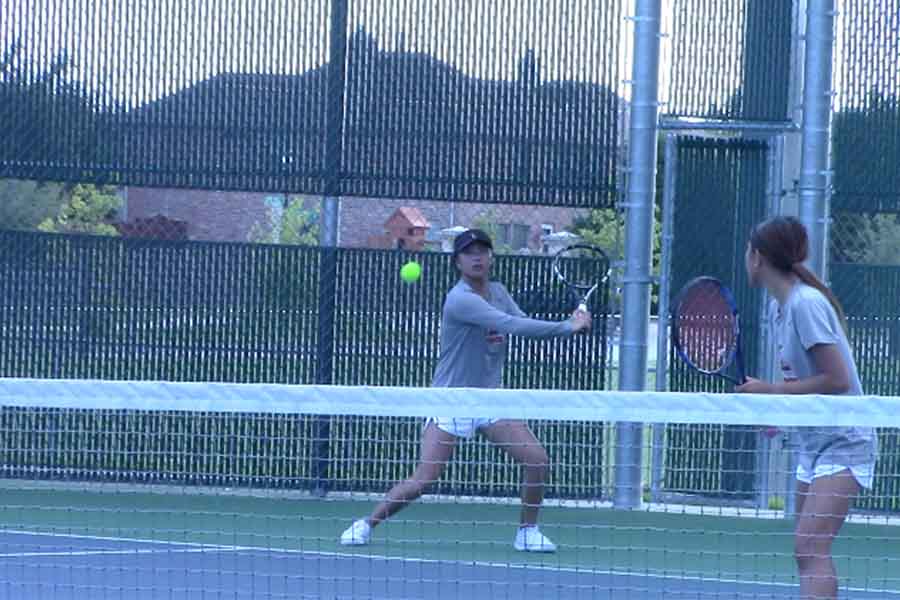 After taking second place in District 13-5A, the Redhawks host The Colony on Tuesday in an opening round playoff match.

The route to state begins Tuesday at 3:30 p.m. as tennis takes on The Colony in a home match for the first round of the playoffs.

“If we are able to win, then we’ll play area on Thursday against most likely Texas High,” head tennis coach Erica Dopson said. “We’re just hoping to win against The Colony and get ready for Texas High that will be a really tough and good opponent to play for area.”

Entering the match with confidence, the team is more worried for their game against Texas High than anything.

“We’re not really preparing for them,” senior Sourya Narala said. “We’re not scared of them that much. As a team I think we are still going to win it, but we don’t know yet. We’ll see. If you think about it you tend to play worse.”