The girls’ cross country team won the first state championship in school history on Saturday when it captured the 5A UIL team title in Round Rock, finishing four points ahead defending state champion Canyon Randall.

“Words cannot describe it. It’s an exciting feeling, proud,” head girls cross country coach Amanda Zambiasi said. “The girls just did such an amazing job all season and to be able to bring home such a huge success and then to be able to bring it home to Liberty where this is the first state team championship is just incredible.”

The state championship comes after the team finished 4th at the regional meet, making the Redhawks the last team to qualify from Region II.

“It was really nice to kind of make our comeback after not having the best regional,” sophomore Amelia Jauregui said. “We didn’t expect anything officially but prior to our regional meet, on different running websites they predicted that we had a chance to get first. After our little mishap at regionals and not doing as well as we expected, our rankings went down a little bit. We knew that we could get first in state and we just worked really hard to get to where we deserved and where we knew we could be.”

“It feels great just knowing that I can call myself a state champion,” Fish said. “Honestly I would have never expected it that it would have actually happened, it just feels great.”

The girls’ win is the first UIL cross country state championship in Frisco ISD since Frisco High won in 1982.

“So exciting, it just goes to show you that a lot of hard work and some god given talent can do some amazing things,” campus athletic director Chris Burtch said. “Makes you realize that those expectations when you set them really high are attainable. I think that every year, every team takes the field or the track or the court every year and that’s the ultimate product of the goals that we set is that state championship just as much as it gives you a realization that it can happen. We’ve had several teams get there. It makes us realize that is within our grasp if those kids will work hard and do the things they need to do.” 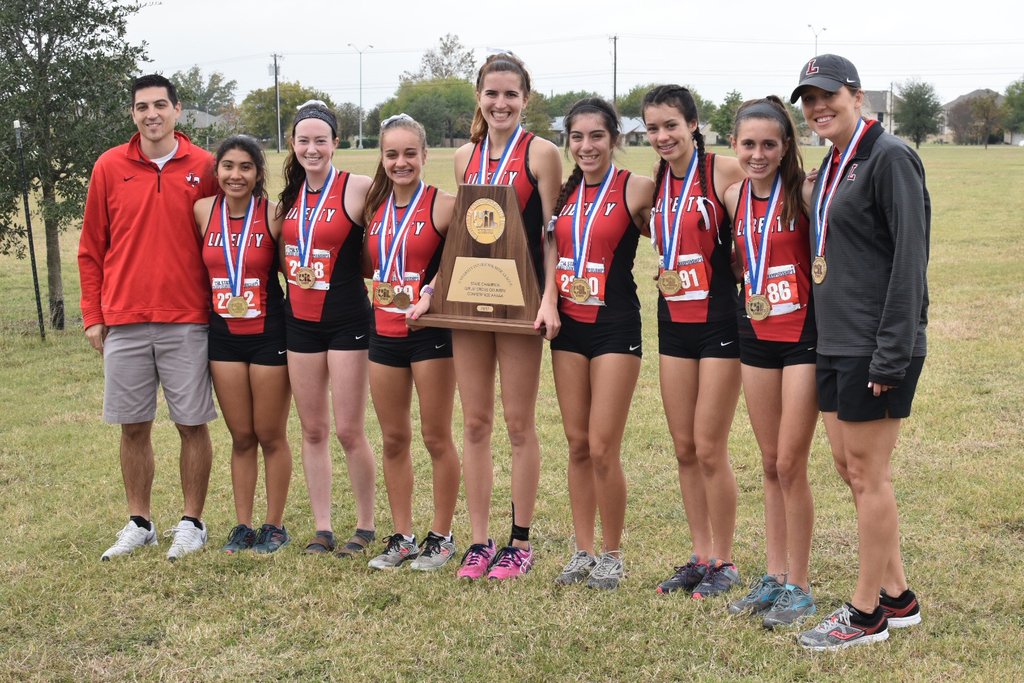