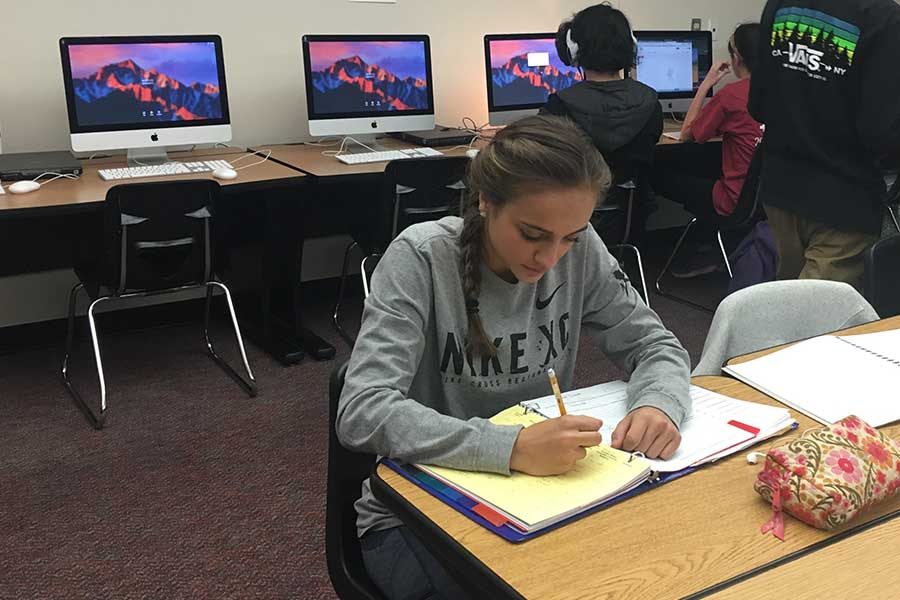 Student-athletes competing in school sports have their athletic periods count as two on-level classes, which also takes away two of their electives which limits some students when it comes to choosing classes. “I do think I am limited," sophomore Amelia Jauregui said. "Because as an athlete taking two classes and also people who are in band, you’re giving up one or two classes and because of that you only get two electives.”

After each semester, class ranks and GPA become a leading topic of conversation for many students on campus as they do what they can to get a higher rank and a higher GPA. For some students, this means loading up on pre-AP and AP classes that provide a GPA boost. However,  student-athletes may be at a disadvantage as each athletic period counts as on-level course when it comes to rank and GPA.

“If you do the math it’s absolutely true,” campus athletic director Chris Burtch said. “If your sole purpose is to get out of high school with a highest GPA then athletics may not be the prime place to get that done. I don’t think it’s because of the double blocked situation nearly as much as it is that AP classes and such give you that bump in the GPA. Athletics doesn’t. Hundreds are as good as you are going to get. That is the bigger issue. History proves if you’ll work hard and you’ll do it, you can. You can do athletics and you can be a great academician if it’s really important to you.”

Working to go into the medical field, junior Kaylen Ruiz is struggling to balance her career pathway and her love for track.

“Right now I’m going into pre-med going into college because that is a field that I’ve always been interested in,” Ruiz said. “Knowing this, I feel more compelled to take classes that will allow me to advance and become more experienced with what I’m going to be working with in the future. I had to unfortunately drop a lot of classes that I wanted to take this year because of track. In regards to track it is very difficult because I feel more compelled to focus more on my academics instead of track. It’s frustrating because I also want to go to college with a scholarship in track. It’s kind of a lose, lose situation no matter what I do. I try to make the best of it.”

However, a high GPA and class rank are not the only things on a college’s radar, as balance between extracurriculars and academics are highly valued.

“It is my understanding that most of our colleges and university look at the whole student and not just their GPA and/or rank,” Frisco ISD athletic director David Kuykendall said. “I do not think this is a major problem, but I do know that some students at the very top of their class might not directly benefit, when it comes to GPA and rank, from being enrolled in athletics.”

High school electives give students a chance to sample different subjects, but with athletics counting for two classes each semester, student-athletes can be hampered in their ability to try different courses.

“I do think I am limited because as an athlete taking two classes and also people who are in band, you’re giving up one or two classes and because of that you only get two electives,” sophomore Amelia Jauregui said. “I always struggle with picking which classes I want to take next year or next semester because there is so many things that I have been interested in but I only get two. I know that I wanted to continue in Spanish and taking Health Science but I also had to get credits done. I’m stuck trying to get those done instead of getting more free choice classes.”

Although mapping out a schedule can be more challenging for student-athletes, successful athletes from the past show a student-athlete can score on the field and in class rank.

“Look at Udgam Goyal,” Burtch said. “Graduated a couple years ago. Graduated top 10. Went on to MIT, scored a perfect ACT or SAT or whatever it was. This year got Academic All-American and got player of the year. MIT may be one of the hardest schools to get into in the nation, he did it.”