West leads the way to state for wrestling Redhawks 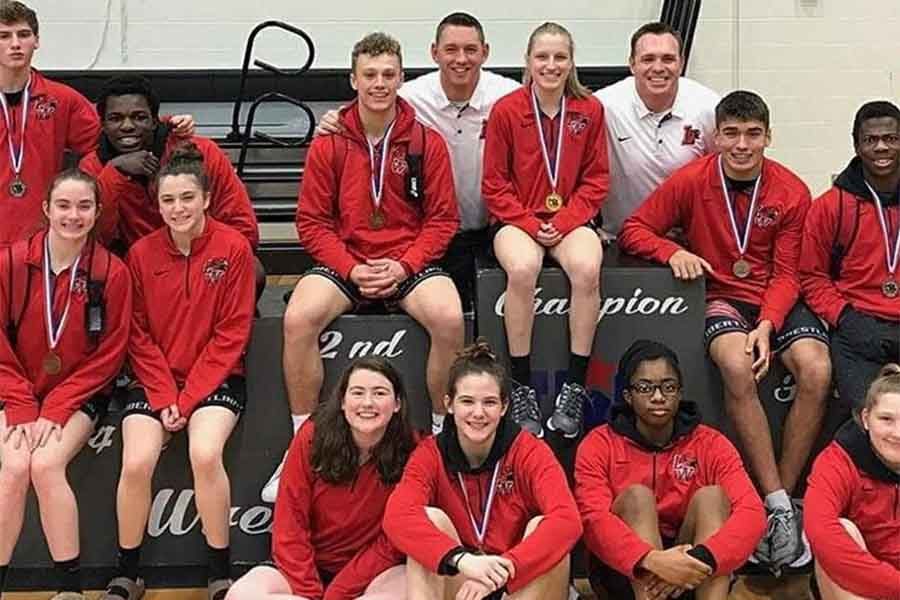 12 wrestlers advanced out of the 5A Region II tournament to the state tournament Friday and Saturday in Cypress.

12 of 14 wrestlers advanced from the 5A Region II tournament to Friday and Saturday’s state tournament in Cypress.

“During the regional tournament, our team outdid themselves by beating some of the top talent in the state,” head wrestling coach Cody Bridwell said. “This goes to show that ranking sites and wrestling blogs mean nothing. It all comes down to the belief of the wrestler on the mat.”

The girls’ team seized 2nd place with junior Savannah West leading the way as the Regional Champion in the 110-lbs weight class.

“It was really awesome because the girl I wrestled for finals, she had beaten me twice before in freestyle wrestling,” West said. “It was kind of a revenge match for me and I didn’t even go to districts last year so the fact that I won regionals and I’m going to state is exhilarating. I’m just really excited to go to state and to say I’m the best in the region.”

On the boys’ side, the team claimed 3rd place and placed four wrestlers in the regional finals. With high hopes for state, junior Austin Widner will take it one step at a time after placing 3rd at the Region II meet.

“At the beginning of the season, I was only hoping to make it out of district, and now I’m going to state and it’s such an amazing feeling; it’s indescribable,” Widner said via text. “When I realized I could make a run for this, I just wanted to work even harder and it’s kept me going. At this point, I’m just climbing to see how far I can get, and no matter where I end up, it’s a huge success for me.”

To send 12 wrestlers to state is a big accomplishment according to coaching staff.

“The talent and ability of the wrestlers in our region continues to improve every year making it one of the toughest tournaments each and every time,” Bridwell said via email. “Our district and region are the toughest in the state, hands down. There are wrestlers who won’t make it out of our region that could place at the state tournament.”