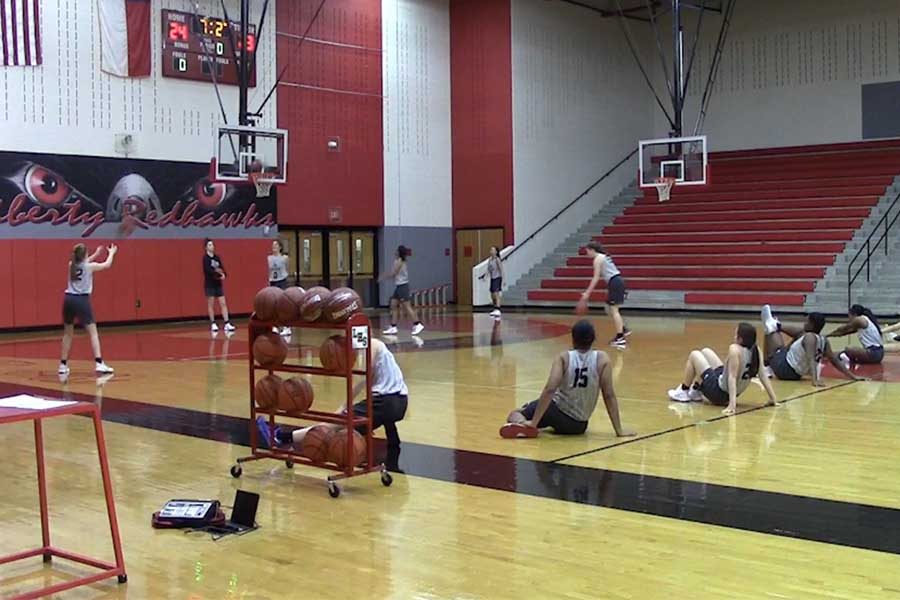 The girls' basketball team hopes to make their second trip to state in the last three years as they face off against Mansfield Summit Friday night. If the team wins, they will play again Saturday with a bid to the state tournament on the line.

Two more wins and the girls’ basketball team will be back at state but first comes a regional semifinal game against Mansfield Summit Friday night at the Curtis Culwell Center at 6:00 p.m.

“For us to work together as a team and out work the other team,” junior Kailyn Lay said. “We’ve really been focusing on their offense and how we’re going to play; Switching screens and stuff and figuring out when to stay on your man. I feel pretty prepared.”

Trying to focus on one thing at a time, the team hones in on their own skills before each individual game.

“It is a cliche thing to say one game at a time but we really do have to focus in on who we’re playing,” head coach Ross Reedy said. “We feel like we have the toughest region so any one game if you’re looking beyond that you are going to get hit in the mouth. Do we talk about state? Yeah, since it’s been a goal but everytime that conversation gets brought up, we bring ourselves back down to size and say okay, this is our focus we can’t think beyond Summit.”