Softball on the brink of school history 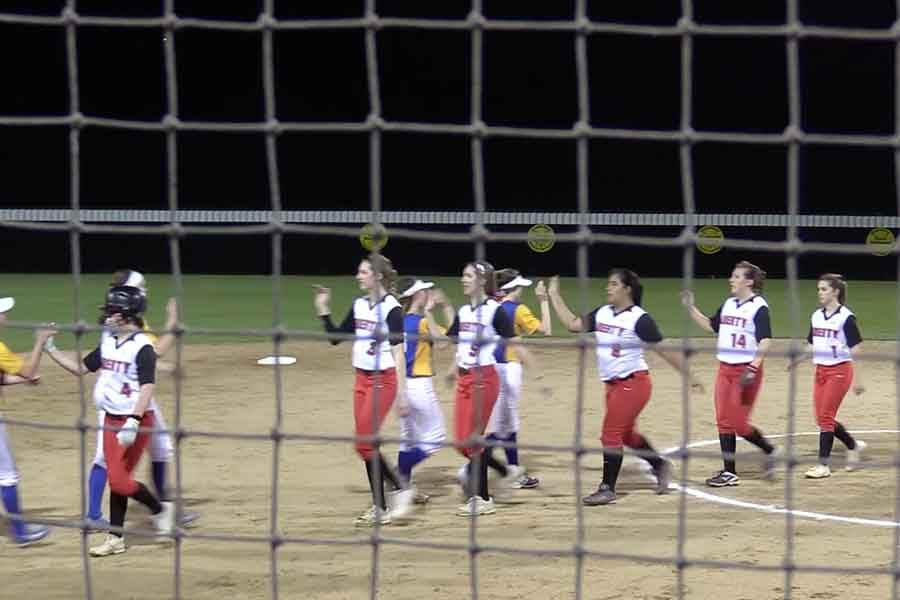 The Redhawks hope to walk off the field with a win Friday against Reedy. That, combined with a Centennial win over Heritage could be enough to send the Redhawks to the playoffs for the first time in school history.

School history will be on the line Friday when the softball team takes on Reedy in the final game the District 13-5A game. Losing to Frisco 5-1 Tuesday night, the team needs a win against the Lions to become the first softball team in school history to advance to the playoffs.

“That was our goal from the very beginning of the year was to make playoffs and we knew that this year we had a really good chance to do it so we are fighting for it right now,” head coach Jill Bradshaw said. “They’ve been working hard just physically, mentally, and in that leadership role. Trying to get everybody on board all fighting for the same cause.”

For seniors, this will be a token of pride to take with them after high school and a legacy to leave behind.

“I think we’ve built the program really well by all of us have stayed consistent in the program all four years,” senior Erica Schlaegel said. “We’ve all worked hard. There are seven of us this year and normally there is three or four max. It’s cool that there is such a strong group of all of us. We’ve led the younger ones also and it’s been really fun.”

They have waited for three years to advance and seniors are antsy to make the playoffs in their last high school season.

“All the seniors have a huge role and they’re playing a big part in keeping us motivated,” senior Laurel Glatch said. “Everyone wants it. It would be a really big deal. Personally, it would be everything I’ve ever wanted to make it to playoffs. We have a really good shot this year, so it’ll be huge.”

In order to make the playoffs, the Redhawks will need help as they will have to beat Reedy, but also have Centennial beat Heritage. The seniors have been waiting four years for this opportunity, but say it wouldn’t be possible without the coaches.

“I think the reason that we’ve been so successful is because we got a new head coach and she really knows how to push us,” senior Megan Bircklebaw said. “This year with the new coach it’s been a lot more fun. We finally started winning games at the beginning of the season so playoffs started looking like more of a reality so we started dialing into practice.”