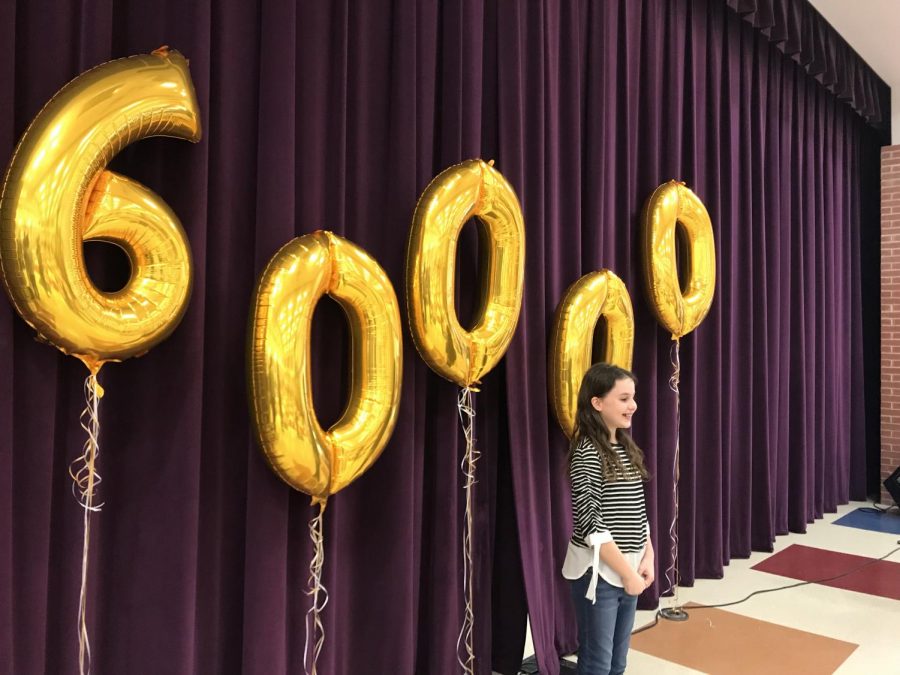 Sixth grade student Alanna Mazeffa was met with balloons and a crowd of people cheering at her middle school, Pioneer Heritage. Recognized as the 60,000th student to enroll in Frisco ISD, Mazeffa welcomed her time in the spotlight posing in front of balloons on her campus' stage.

Now the 13th largest district in Texas, Frisco ISD reached an enrollment of 60,000 students when sixth grade student Alanna Mazeffa enrolled in the district on Sept. 18. On Tuesday, Mazeffa was welcomed with open arms and attention from the district.

The Mazeffa family moved to Frisco from Pittsburgh after her father got a new job opportunities, and came to FISD because of its small school model.

“It’s very exciting because no one knew and they were all surprised that it was me,” Alanna said. “My dad last night was telling me funny things to think about while I was on stage. I think a lot of people are going to know my name which will be different. I really enjoy Pioneer Heritage and the time that I’ve been here.”

Expanding by more than 15,000 students in the last five years, FISD has made its name as one of the fastest growing school districts adding more students per year than any other district in the state of Texas.

“It has been quite an undertaking,” Pioneer Heritage principal Rocky Agan said. “I didn’t realize the hype that would go along with that, but it’s been very exciting and I’m excited for the family and Alanna.”

Realizing that her name would be one for celebration, her nerve wracking burst of fame can hold positive weight when starting at a new school.

“Frisco is a great town and a great school district,” dad Ryan Mazeffa said. “We are happy to be here. I think it’ll help her actually. She was nervous but I think she’s having fun now. Just because now people saw her and kids get to have a party because of her so they probably want to talk to her now.”

Although Alanna was the day’s featured student, Agan values each and every student at Pioneer Heritage.

“Our students always are welcomed with open arms and our campus regardless of who they are,” Agan said. “We are real good about people wanting to come here because of the way our students treat each other with respect and friendship.”