19 years after his death, the memory of Gary Burns lives on 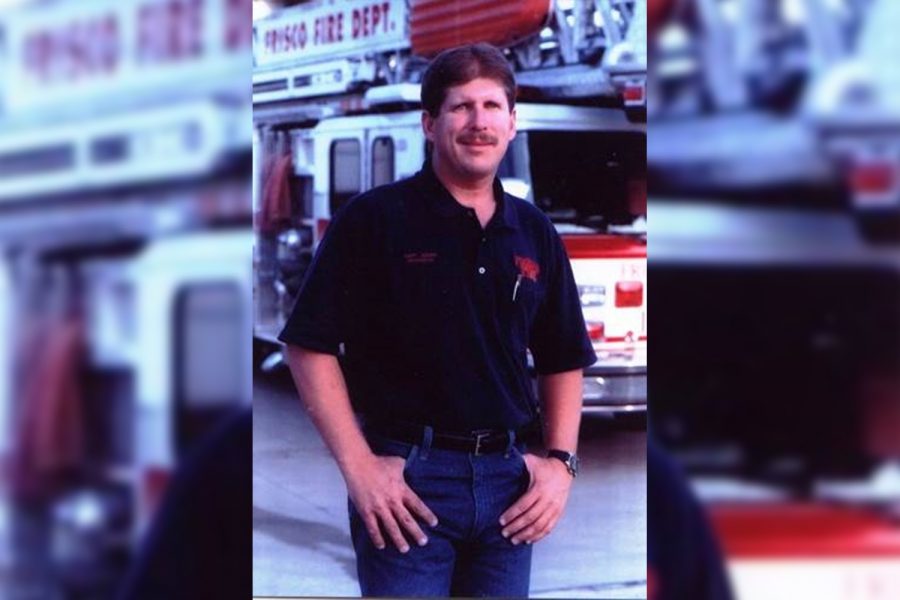 Traces of his fingerprints litter the landscape of the city.

From city management, to a convenience store, to the predecessor of the Shattered Dreams program, Gary Burns left a lasting legacy on Frisco.

“He ran for city council and held a position for a few years in the 80s and then he started to become a volunteer firefighter and he slowly worked up the ranks to get assistant fire chief,” daughter Crystal Morris said. “When Frisco had just three schools, he would come to do the fire safety prevention, he would bring the firemen long before there was the Safety Clowns. Before Shattered Dreams, he would put videos together of drinking and driving accidents and show them to the graduating seniors. And then also working with a long time resident Sue Stafford to help get gifts at Christmas to children who were less fortunate.”

Following his passing, Burns was honored by recognizing his extensive contributions for the community as his name was attached to a 5k and fun run, cementing his impact in the city.

On Saturday, hundreds upon hundreds of runners and walkers will fill the streets surrounding Toyota Stadium for the 19th annual FEF Gary Burns Fun Run.

“We were going through a hard time, just having lost my dad, but it was a really cool way to keep his memory alive and his legacy of helping others,” daughter Ashley Kilmer said. “He actually started the very Frisco annual fun run back in the 80s and all of the money raised from that went to help less fortunate families in Frisco for the holidays. It was neat to kind of see his legacy living out even though he was no longer with us.”

Now a nurse at Lawler Middle School, Morris recalls her father as a man who put community as a top priority and embedded it in his life.

“First he was a man of his faith. Second, he loved his family. Third, he loved the community and he wanted to serve [it] everyday,” Morris said. “He did that when we first moved to Frisco, he owned the convenience store on Main Street called Snap-E Jack, that’s still there. People would tell me that he was the first person that they met when they moved to Frisco.”

Heavily involved in the fabric of Frisco community, Burns is remembered as a man of the people.

“I became better friends with Gary at a point in time where he actually ran and served on the city council here in Frisco, he was very involved in Frisco in the mid to late 80s and 90s and when he left City Council, his wife Linda had joined the Frisco volunteer fire department,” former Frisco Fire Department chief Mack Borchardt said. “When he when he left City Council, he came join the department to be with Linda and he fell in love with the fire department, so he became a volunteer and he was excellent as a volunteer fireman. He started out as a firefighter and he moved up to the ranks to to Assistant Chief very quickly. He loved Frisco and he loved people, so he excelled at it.”

Beyond being a man who served the community, Burns was also a loving father who was very involved in his daughters’ lives.

“He would take time to spend with me and play basketball or volleyball or just talk with me about my day, so that was always fun,” daughter Ashley Kilmer said. “He was a firefighter so he let me come up to the station a lot and I got to see kind of what his job was like and play around with the equipment.”

Eventually, Burns was diagnosed with colon cancer. However, he did not allow this obstacle to extinguish his blazing flame of enthusiasm for enjoying life with those in his community.

“He spent a lot of time with me during some tough things I went through and as he was going through that I spent a lot of time with him. I was riding with him down Lebanon Road, and I looked over at him and we knew that even though he was going through treatments and stuff, that he was not going to survive,” Borchardt said. “I looked over at him, and I said ‘You know, this is dying thing, you don’t look like it’s bothering you and it’s eating my lunch, how do you do that?’. He said ‘it’s not, why don’t you quit worrying about it?’ and I said ‘okay I will’.  From that point forward, we enjoyed life.”

Burns’ legacy remains woven into the community as his ample additions to the city continue emerging and have the same significance.

“We learned a lot after he died of things that he did for our community that our family wasn’t even aware of,” Morris said. “I feel that what he stood for and cared about is important and even though he may be the last one to want his name with the attention, I think that he would happily have lent his name to help a cause that helps something that he cared about, which was the community and helping the kids.”

As the population in Frisco continues to multiply every year, Borchardt believes that Burns’ role in the Frisco community is a testimony to the future that lies ahead for Frisco.

“I’m native to Frisco, he would not want me telling you this but he wasn’t,” Borchardt said. “He is a shining example of what the newcomers to Frisco can be and many are, and I think he would agree with that. I think there are many many other things but for me having lived here all my life. To you he was probably old Frisco, but to me he was one of the newcomers.”

The vast efforts he put into bettering the city of Frisco can still be seen throughout the community, ensuring that Frisco remains rooted in the values it was established with.

“In today’s time with all the technology and how how big Frisco has grown, I think my dad’s legacy is to kind of keep the small town feel and to show care and love and concern for your neighbors and for others who are less fortunate than you and just kind of look outside of yourself,” Kilmer said. “I just think that as Frisco is growing, it’s important to realize the kind of small town values that Frisco used to be where you weren’t just a number and people really knew each other and cared about each other.”