Exercising their right to vote 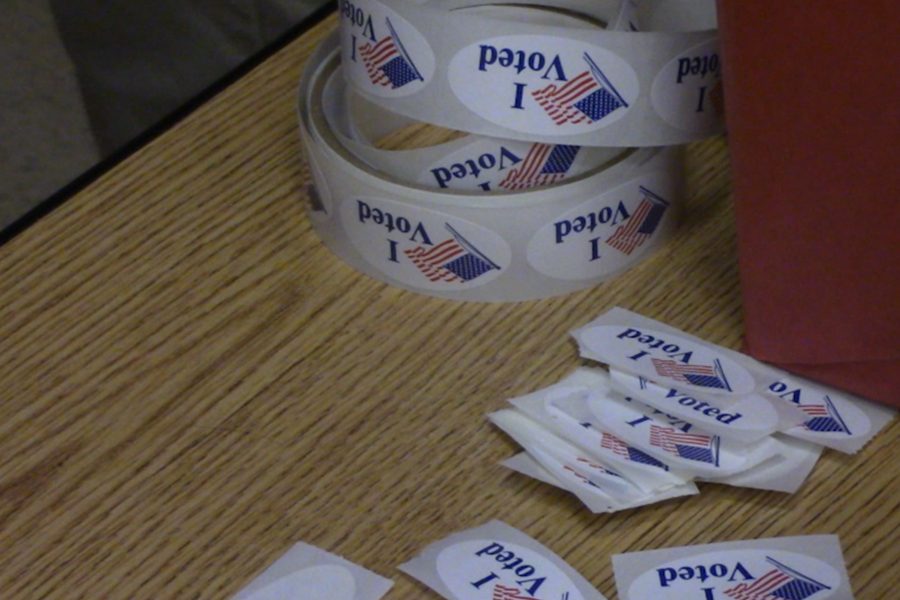 Presidential elections usually attract the most voters to the polls with midterms often drawing a much smaller number of voters.

However, it’s been a much different story as early voting numbers for Election Day for the 2018 midterm is on Tuesday.

At age 13, kids become teenagers. At age 16, teenagers can hit the road by themselves. At 18, teenagers become adults and can vote, giving them a voice in the future of the country.

“You hear about it at school, you hear about it on the news, you finally get to be involved in what’s happening in politics when before we didn’t have much of a say,” senior Kierra Lewis said.

“Not many countries have the ability to vote so it’s kind of important that if you obviously can vote, you should go do it,” senior Cameron Clifton said.

“I believe as an American it’s an honor to go and vote because many countries do not have that gift so it’s important that we go take advantage of it,” senior Isabel Apodaca said.

“It’s really important to me because as citizens of the United States, we have a civil duty to vote and kind of go out and express what we believe in,” senior Christopher Yu said.

First time voters historically have the lowest turnout rates of any voting demographic. According to the U.S. Elections Project, only 40% of eligible 18-29 year olds voted in the 2016 presidential election, and less than 20% voted in the last midterm election.

“We kind of shape the future,” Clifton said. “Most people who vote today are like the older people so like we don’t get necessarily things that we assume are important because we don’t actually vote for people who can implement those changes.”

“These decisions, they may not feel like they’re going to affect us, but they affect us in a big way,” senior Ria Bhasin said. “Especially because a lot of us are going to be transitioning into the adult world, so 18 year olds need to make sure they are voting and teenagers need to be actively participating in politics so they understand what’s going on.”

“As young people often, we have other duties such as school, college applications, extracurriculars, and a lot of things that seem a lot more pressing than politics,” Yu said. “A lot of times as adults, they have a lot more time to understand and see what their vote can really do to impact their lives.”

While President Trump is not on the ballot, midterm elections are often considered a referendum on the sitting president.

“President Trump’s policies have not influenced my vote and that is because I like to view the Senate as it should be,” Yu said. “It should be its own kind of legislature and so for that reason, I choose to base my vote on information like that I’ve received from what the Senate has done, what the Senate plans to do and who the current candidates are.”

“The way he has gone about specific policies regarding a lot of different things such as immigration, women’s health, all that sort of things, they’ve definitely influenced the way I approach who I am going to vote for,” Bhasin said.

One of the most contentious races in the country is taking place in Texas. Incumbent Republican Senator Ted Cruz is facing a challenge from Democratic Congressman Beto O’Rourke.

“I will be voting for Beto,” Lewis said. “I originally heard about Beto from one of my neighbors and I went on to his website and started going through all the tabs of the different policies it had. Then, I went to his rally in September and I really felt moved by what he had to say.”

“I’ll be voting for Ted Cruz,” Yu said. “A lot of events have been going down recently, especially in the United States. You hear about stuff like the caravan and especially in recent turn of events with Justice Brett Kavanaugh with the appointment you know the Senate had a major role even hosting the trial and asking him questions.”

The last day to vote in the 2018 midterms on Tuesday. Polling places open at 7:00 a.m. and close at 7:00 p.m. The school is among several voting locations across Frisco. First time voters on campus hope the early voting momentum continues to election day.

“There’s probably not a lot of us that will vote,” Lewis said. “If you have something that you don’t agree with or you have a problem with what’s happening in the White House or even in Congress and things like that, like you need to do what you can, and what we can do is vote.”

“If you’re 18 and you’re registered to vote, go vote,” Apodaca said. “Every vote counts and it matters so much because Texas is 50th and we have the least amount of people who vote in the whole country. So if you are able, go vote.”

“I’m excited,” West said. “I think, you know, all of us should vote. We all have excuses why not to, but we’re 18, it’s our right, might as well. When you do turn 18 just go and register, it doesn’t take that much effort and you get to have your voice in government.”

“If you do not wish to express your freedom to vote, I think that’s totally fine because, you know it’s your vote,” Yu said. “My only thing is, then don’t complain about who wins, what happens, because you did not express. If you don’t care that’s totally fine, but if you do care please go out to vote. I am sure you would want to vote if you do care, so I think that’s I a great way to express your views.”