Measuring the success of one sound 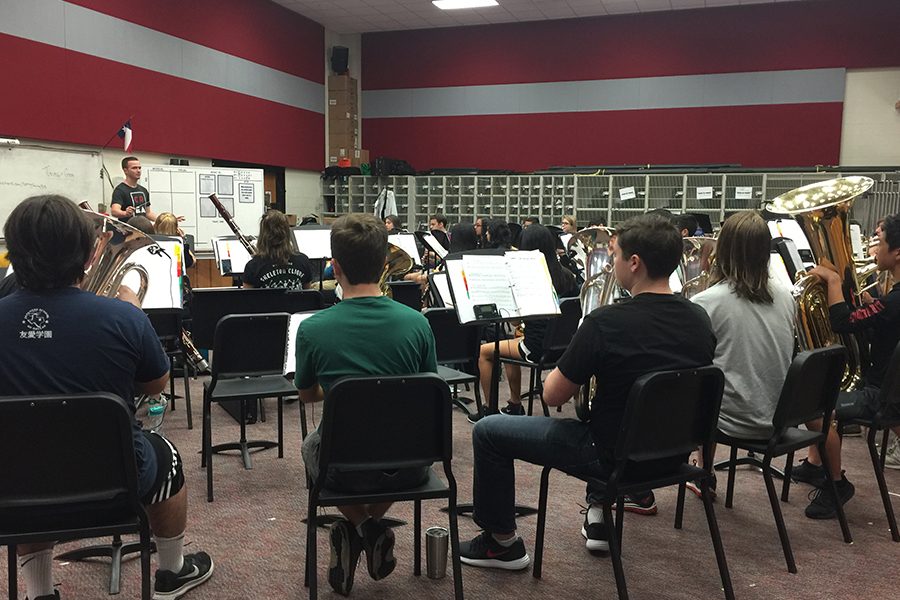 Band and Orchestra members came together for All-Region on Saturday after weeks of practicing solo. By sending 16 students from campus to play alongside some of the region's top players created a competitive environment to further enhance their skill.

Orchestra and band members joined together Saturday in the All-Region concert on campus.

“The concert is composed of the top players who auditioned from Plano, Frisco and Prosper ISD,” assistant orchestra director Victoria Lien said. “We had 16 students participate this past weekend and there are some in the symphony orchestra, some in the philharmonic and some in the string.”

The concert provided students a chance to grow individually as musicians, as they only prepared on their own and with clinicians leading up to the show.

“What they did to prepare was they just had to practice on their own because it wasn’t something that we helped them on during school,” Lien said. “Friday night and most of Saturday from 9:00 a.m. until about 3:30 p.m They’re rehearsing with the clinicians and at for the concert started.”

Despite having to prepare without the help of the schools’ directors, students devoted much of their time to rehearsing and had the chance to showcase all their hard work.

“The concert was really good we learned a lot of music within like 24 hours, and then we just played our best,” junior Jonathan Peng said. “We got the music couple weeks before so you start practicing a little bit by yourself and then by the time you go to rehearse with everyone else during the clinic, you already know the notes and then you just figure out how to combine it.”

For freshman Julia Johnson, making All-Region is a testimony to her hard work and an accomplishment she takes pride in.

“I think that as a freshman, it’s harder to make it in All Region because a lot of us have had up to three years less of experience than the other people auditioning,” Johnson said. “It’s definitely an honor to make it into all Region in any grade because of all the hard work that’s needed to make it.”

Ultimately, Lien believes that the concert attests the commitment and drive that the musicians on campus have.

“I mean, like we always say, those people who make this region because it’s so competitive, it’s kind of like performing in an all state like a mini all state orchestra,” Lien said. “Of course, the clinicians and all the students performed really well.”