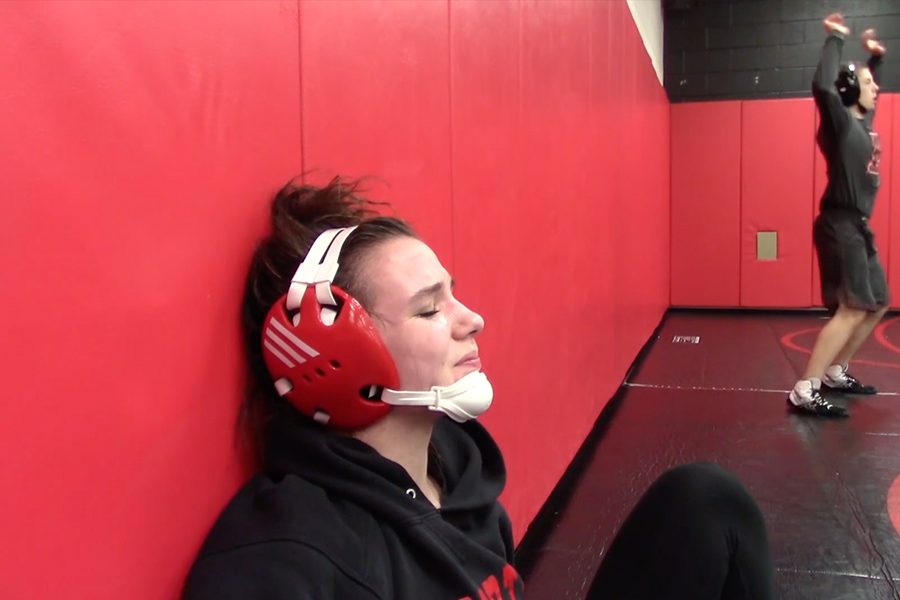 Breaking out a good sweat is a bittersweet feeling for most athletes, but to senior wrestler Jordan Johnston, it may be more painful than rewarding.

“I have bulging discs,” Johnston said. “They’re hitting my nerves and I also have hypermobile vertebrae so one of my vertebrae moves too much.”

Her vertebrae issues have affected her life, making simple things harder to do.

“It makes it hard to so simple things,” Johnston said. “Like standing and sitting”

While her physical condition puts her at a disadvantage, her passion for wrestling is enough to keep driving her.

“My injury is pretty major,” Johnston said. “When I see people with really minor injuries I just think I could be wrestling but to keep my mentality I just gotta push through it because it’s something I love.”

Jordan’s grit does not go unnoticed, as she has impressed her peers and her coaches and has won titles for her work.

“She doesn’t quit,” wrestling coach Cody Bridwell said. “She may take a break, but she comes back and works hard. She perseveres.”

Support and motivation comes from all around her as her family is proud of her achievements as well.

“I think she’s very dedicated,” father Robert Johnston said. “I think she’s done a tremendous job, unfortunately, she’s had some setbacks with her injury. It’s a little disheartening but she’s got a good college career ahead of her.”

While her injury may hold her back, Johnston has a bright future waiting for her in college and in a potential career.

“I want to coach and I’m going to college for wrestling,” Johnston said.