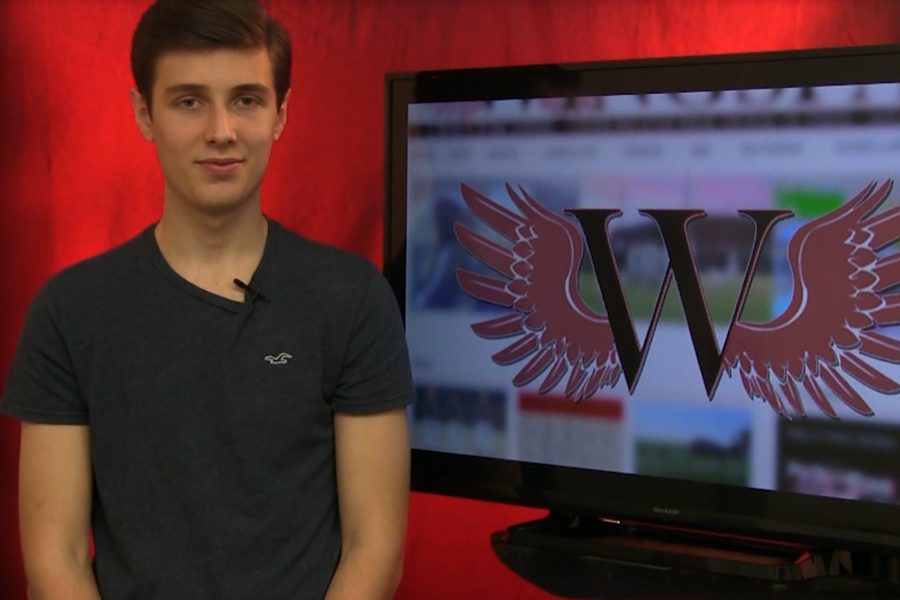 WTV Executive Producer Wade Glover, along with other Daily Update producers, is in charge of filming, editing, and choosing content for each day's broadcast. This year marks the fourth straight year that the Daily Update has been named the best daily taped show in the region by STN.

For the fourth straight year in a row, the WTV Daily Update has won the Student Television Network Broadcast Excellence Award for the Southwest Daily Taped Show.

Producing the Daily Update with multiple stories every school day, WTV has put itself on the map as one of the best broadcast journalism programs in the nation.

“It’s a reflection of the work that the students put into the WTV Daily Update,” adviser Brian Higgins said. “A lot of students are in here every day before school and it’s just nice to be honored and recognized by such an organization as a Student Television Network.”

“It will be the first time that we’ve won this award in the four years of the program, especially putting in all of this work as a producer these past two, three years,” Glover said. “It would be really gratifying to take home that award. I think also for everyone who’s in broadcast one or is planning on starting next year to know this program is the best in the country.”

With the 16th Annual STN Convention held in Seattle in late March, national award winners will be announced amongst some of the nation’s strongest broadcast journalism programs.

“It feels really awesome to know that all the hard work and time and just effort that we put in every single day is getting recognized,” senior and WTV Daily Update Producer Isabella Santiago said. “I think the best thing for us to do is just kind of do what we always do and just put out our best work and try our hardest. I think that’s all you try to do in order to get recognized nationally.”