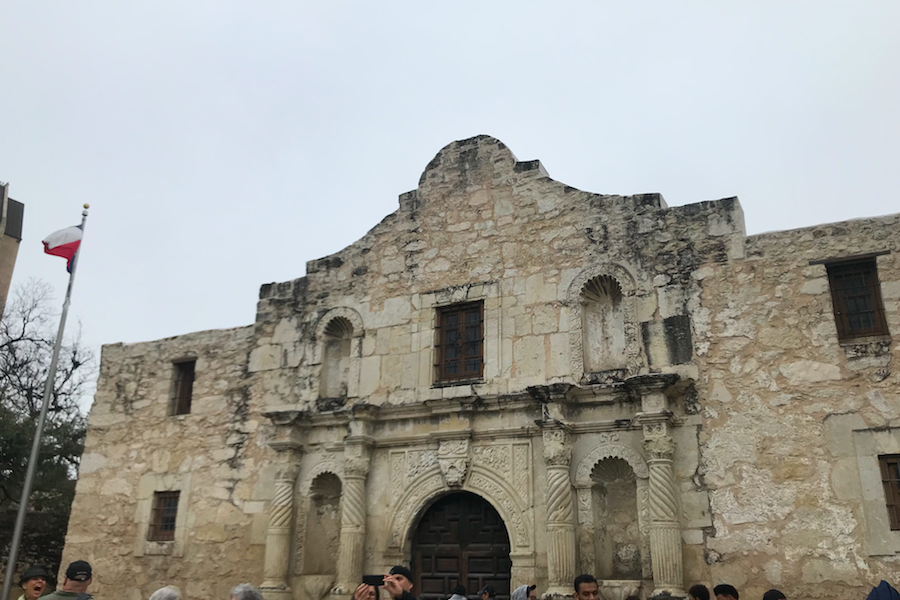 The Alamo in San Antonio hosts the annual Texas Independence Day Ceremony on March 2, 2019 at 12:30 remembering the soldiers and their families.

183 years after Texas declared its independence, the Daughters of the Republic of Texas hosted a ceremony on Saturday at The Alamo in San Antonio to not only remember those that lost their lives but the widows they left behind.

“We always talk about the tragedy that occurred at the Alamo,” Daughters of the Republic of Texas Eileen Sommer said. “But what we don’t hear as much about is the Runaway Scrape which is all the women who were in Gonzales and the town east of San Antonio that were fleeing the advance of Santa Anna army and they literally had to pick up on a moment’s notice and walk away. They endured many hardships, and people died.”

Coined as a story bigger than Texas, The Battle of the Alamo story has been embedded in the minds of Texas natives with more than 2.5 million tourists visiting a year.

“It’s just a source of pride as a native Texan and it’s obviously a shrine to Texas Independence and just a very special place to me,” Electra resident Anthony Minge said. “Because of the sacrifices that they made a bunch of people that really came together under a common cause and from different states and different countries for freedom and independence.”

Knowing that defeat was likely in their future, Colonel William Barrett Travis on March 5, 1836 made a mark in the sand with a single line. Crossing the line signified the soldiers’ decision to continue fighting knowing that they would go out with pride instead of surrender against Santa Anna’s surrounding troops.

“It was known as the cradle of Texas liberty and there was was a valiant group of men and some women as well that we’re here to defend against a greater number of attackers,” San Antonio resident John Meehan said. “They knew that they weren’t going to get out of it alive but they stayed.”

Invited by the Daughters of the Republic of Texas, Commanding General of U.S. Army North, Lieutenant General Jeffrey S. Buchanan, attended the ceremony as an invited guest.

“It tells the story about perseverance, independence determination, all those kinds of things came together,” Buchanan said. “Of course it wasn’t just the Alamo, it was the whole campaign to seek freedom for people that are being oppressed.”