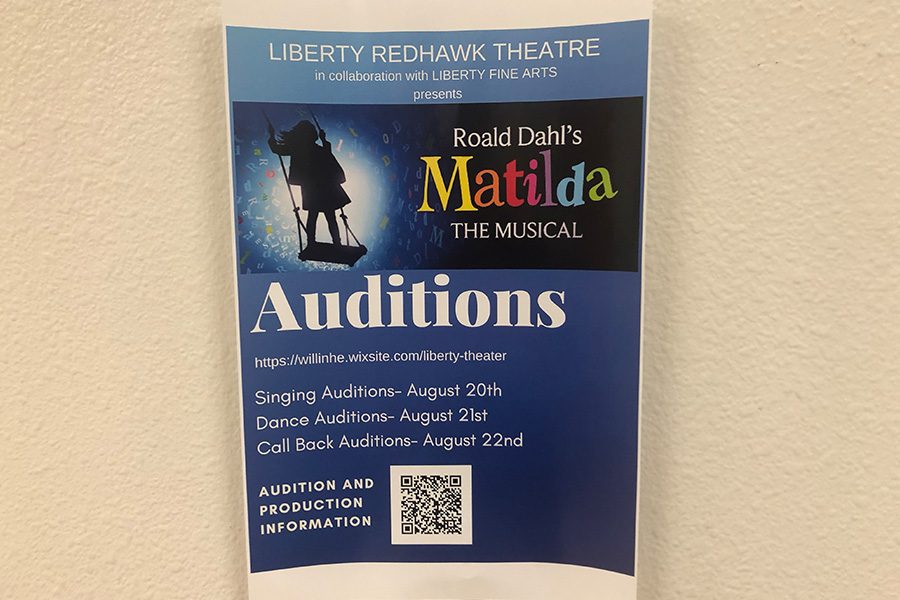 Students will have the chance to take the stage as auditions for Matilda are beginning. Auditions will take place over the next three days in the auditorium.

With the school year up and running, theater is already preparing for their first musical of the school year, Matilda, as auditions begin Tuesday in the auditorium.

“The auditions are the course of three days,” senior Lauren Head said  “Tuesday are singing auditions, Wednesday are dance auditions, and Thursday are callbacks.”

Although putting on a show can be a bit hectic, it brings people together.

“I’m looking forward to putting on a great show and spending time with my friends,” junior Annelise Best said. “The music is a lot more contemporary and comedic than a lot of stuff we’ve done in the past, so that will be exciting.”

Even though this isn’t their first musical, Matilda may bring some new challenges.

“This musical will be different because it’s really new,” Head said. “The rights were just recently released so there aren’t a lot of other productions to base ours off of. We’re having to start from scratch with a lot of the elements that we put into our show because it hasn’t been around long, so it’s harder to take inspiration from other productions of the Matilda we may have seen.”

Matilda gives each cast member a chance to share their own personal voice.

“Matilda is written in a way where each song is different depending on which character is singing,” junior Chloe Zonis said. “The music is heart wrenching but also supper up best and fun at times. It’s a great show for all ages.”