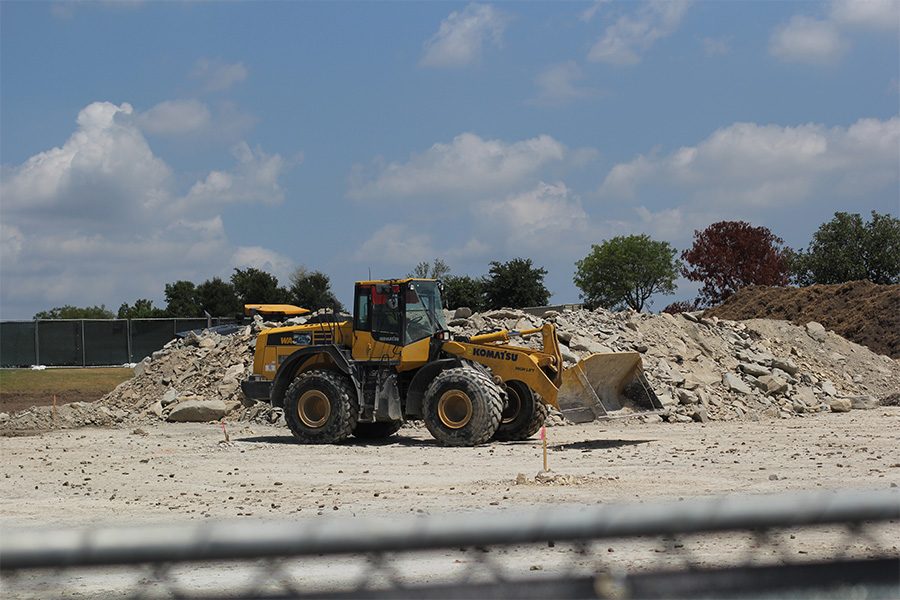 Construction has begun on a new parking lot behind the fieldhouse. The $6 million dollar project was set to break ground during the summer, but was held off until approved by the city of Frisco.

A short term parking issue on campus is going to have a long term solution courtesy of the 2018 Bond and Tax Ratification as construction has begun on a new parking lot behind the fieldhouse.

Work on the $6 million dollar project was originally scheduled to begin during summer break, but was delayed pending approval from the city of Frisco.

“We’ve been hoping that it’d be ready for the start of school,” principal Ashley Rainwater said. “Unfortunately, because we are building a road to that parking lot and it needs to be created to reach the specifications to actually park cars on it, we had to wait for city approval.”

Liberty isn’t the only campus to receive an additional parking lot, but unlike other schools, the process was a bit more involved.

“For us, it was a little bit different because the practice field where the band would be is so far away from our location and we also don’t have good parking for athletic facilities for people that are disable and have difficulty getting to the fields,” Rainwater said. “They felt like for us, it was better to leave the band where they were, to modify that lot to make it a better practice field and to create a new parking lot closer to the stadiums.”

This, in turn, has given band members full access to the south parking lot after a fence was constructed during summer break.

“Before, I think they used to have the ability to park there and so then we will be practicing and there’s a car in the middle of the field and that doesn’t work,” senior and band member Elly Campbell said. “Now I feel like we’re having more appreciation just because we have a fence and nobody could park. It’s nice.”

Although parking is currently limited, the new lot will provide ample opportunities on several different levels.

“The biggest benefit is going to be for our elderly couples that come to watch our athletic events,” assistant principal Jason Harris said. “The second benefit is making sure our students and staff have plenty of parking.”