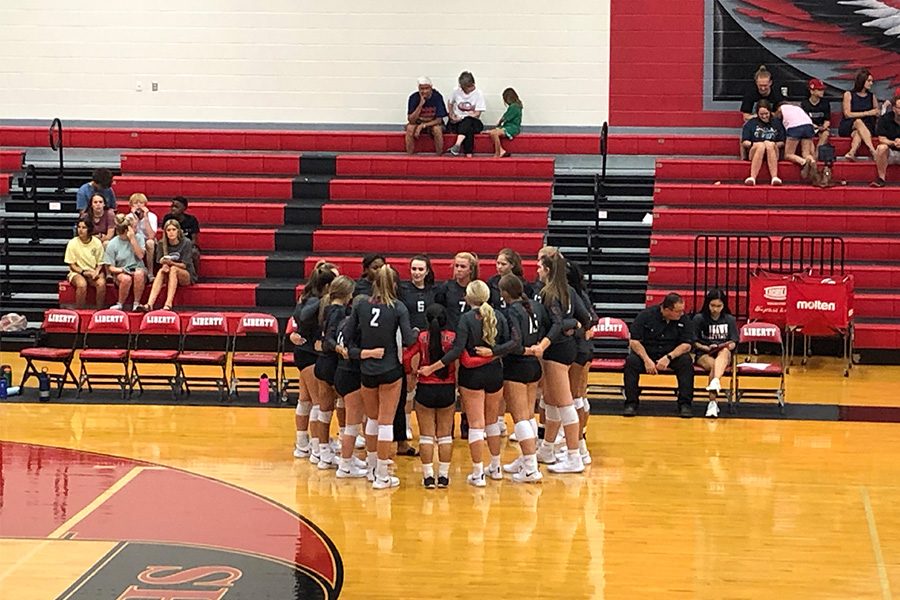 Redhawks claim their eighth straight win in the District 9-5A season after dominating against Lone Star 3-0 on Friday, Sept. 13, 2019. Volleyball looks to continue this streak as they take on Frisco High on Tuesday.

“I feel like that this game was a lot higher energy than we’ve had recently. it was a lot of fun, and we had a lot of people come out which kind of makes it even more fun,” junior Franny Trezza said. “I think that we played pretty well, and we had some rough patches which we can work on in practice, and I think that our defense really showed out.”

Assistant volleyball coach Taryn Hill is excited for the outcome, but knows there is still work to do to keep the wins coming.

“We killed them, but it wasn’t the cleanest win by us,” Hill said. “I think we did a great job, we overcame some mental struggles in that we overcame a slower paced team, and still played our game, and ultimately came out with the victory because were the better team, and we can be for the rest of the season.”