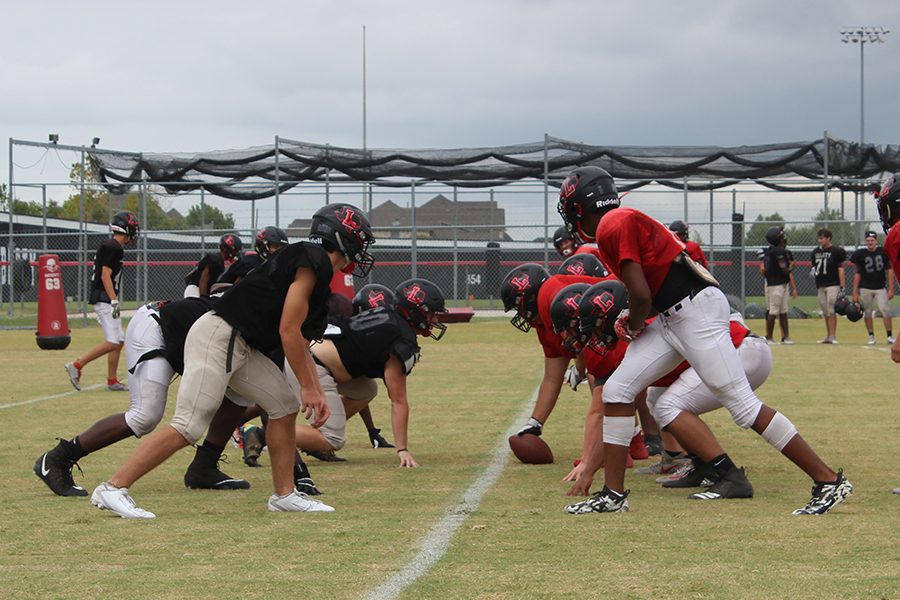 With no game this week, Redhawks have extra practice time. The next game is at Toyota Stadium against Independence at 7:00pm.

For the first time since the season started, the football team doesn’t have a game Thursday or Friday as it’s a bye week with the Redhawks non-district schedule finished.

With no game, the team has more time to practice for the start of District 5-5A on Sept. 27 against Independence.

“We’ve just been working on becoming more together as a team,” senior Brandon Runge said. “We’ve been focusing on fundamentals of the game and making ourselves better.”

Striding to end their 14 game losing streak, the off week offers a chance for the team to regroup and train.

“During the open week we work on two main things,” head Coach Matt Swinnea said. “It is an opportunity to revisit some fundamentals as well as install anything new schematically that we would like to have for district play.”