Now a pro, Parks returns to a familiar pitch 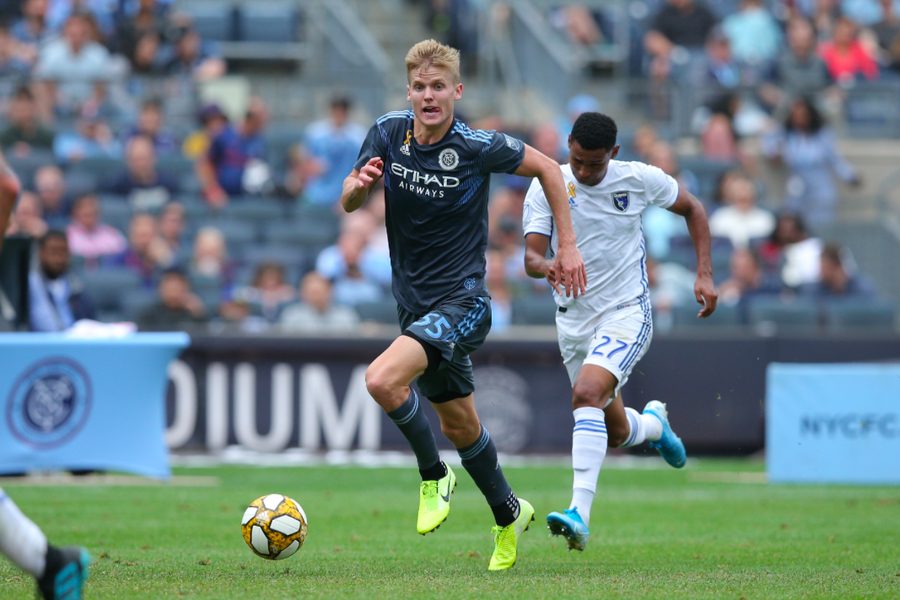 Although New York City FC player and former Redhawk, Keaton Parks now lives in New York, he is going to be back in his hometown of Frisco for a game against FC Dallas Sunday at 5 p.m.

Traveling 1,566 miles from New York City, New York City FC player and former Redhawk, Keaton Parks is going to be back on the pitch at Toyota Stadium in his hometown of Frisco for a match against FC Dallas Sunday at 5 p.m.

“I’m super excited,” Keaton Parks said in an interview with NYCFC. “All of my immediate family is going to be there of course. I have a lot of cousins and aunts and uncles that all live in the Dallas area still so they will all be out at the game. I have all my high school friends, my old coach, and all of his teams. Everybody’s coming out to see me, so it’s really awesome.”

Redhawk soccer coach Fred Kaiser bought his tickets weeks ago, and is excited to see his former player on a professional stage.

“I’m excited about it,” Kaiser said. “I’ll be going with a couple of coaches from other schools that also coached him. We will be sitting right behind the bench. We got front row tickets so we’re excited. We’re ready to go watch him play.”

Playing high school games at Toyota Stadium when he was a Redhawk, Parks is playing for the first time professionally on the familiar field.

“I went to a lot of games and then even for high school soccer we played some of our games in that stadium so I know the stadium really well and I know the area,” Parks said. “It’s going to be cool to play professionally back there.”