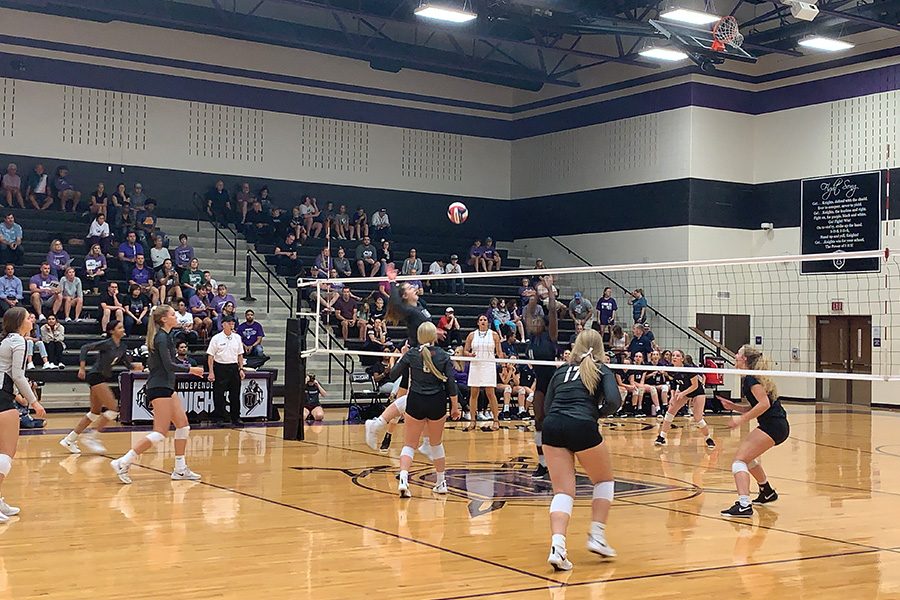 Senior Kyla Crawford looks to score a point against the Independence Knights on Friday. After eight games, the team remains undefeated as they prepare for another contest on Tuesday against Heritage at home.

Continuing its winning streak in District 9-5A play, the volleyball team won its seventh straight against district foes, beating the Independence Knights 3-0 (25-14, 25-15, 25-20) Friday.

“I was excited to play Independence,” coach Ui Womble said. “I’m glad we took the win, and I’m glad we worked on our ball control and blocking in the game.”

The team is excited for the season’s prospects and looking to keep the wins rolling in.

“I was thrilled for the win we had,” Nickell said. “We hoped to get that we could keep up the straight sweep, which we did, but there are things we haven’t been able to do yet, as far as playing up to our full potential, but were definitely hoping to do that in future games.”