Music to fill the halls during passing periods 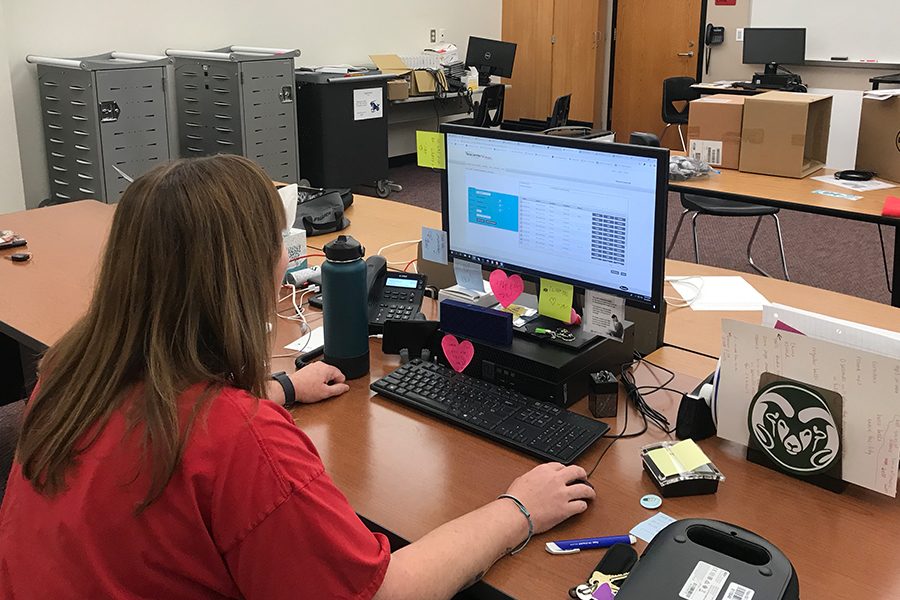 Passing periods bells will experience a change in pace as campus technology specialist Merry Moch will be implementing popular songs to play in between classes. Starting off with songs of her own choosing, Moch hopes to get suggestions in the upcoming weeks.

A feature of the recently installed new bell system will be heard throughout the school starting on Monday as campus technology specialist Merry Moch is setting it up so popular music will play during the passing periods.

“We just got a new bell system and within that system, we can play music so I decided it would be good for the students to have music during the passing period and through advisory in the cafeteria,” Moch said. “After every passing period the bell will play normally until the four-minute mark, so during that last minute, a song will be playing as a reminder that there is one more minute to get to class before they are late.”

Moch is choosing the initial songs but hopes to get more input in the weeks to come.

“I set up the music so I am choosing the music but I am gonna try to change it up every couple of weeks and get input from the students, obviously, it has to be clean but I am trying to use music that teenagers typically listen to,” Moch said. “Some examples of songs that are going to be playing are Memories by Maroon 5, Graveyard by Halsey and Old Town Road by Lil Nas X.”

After Moch came up with the idea, she went to the assistant principal J. Phill Brown to pitch it.

“The whole point of this is to engage the students in a relaxed atmosphere,” Brown said. “It should be fun and entertaining.”

Senior Megan Ward is excited for the new music bells as it brings nostalgic memories from elementary school.

“I think the music playing in the last part of the passing period will actually be beneficial to the students because it will let them know to get to class,” Ward said. “Also, I really like the idea because it reminds me of elementary school whenever we did our good morning pep rally cause they would always play music for us to get in lines and gather in the cafeteria.”