“They say that girls are weaker than men” 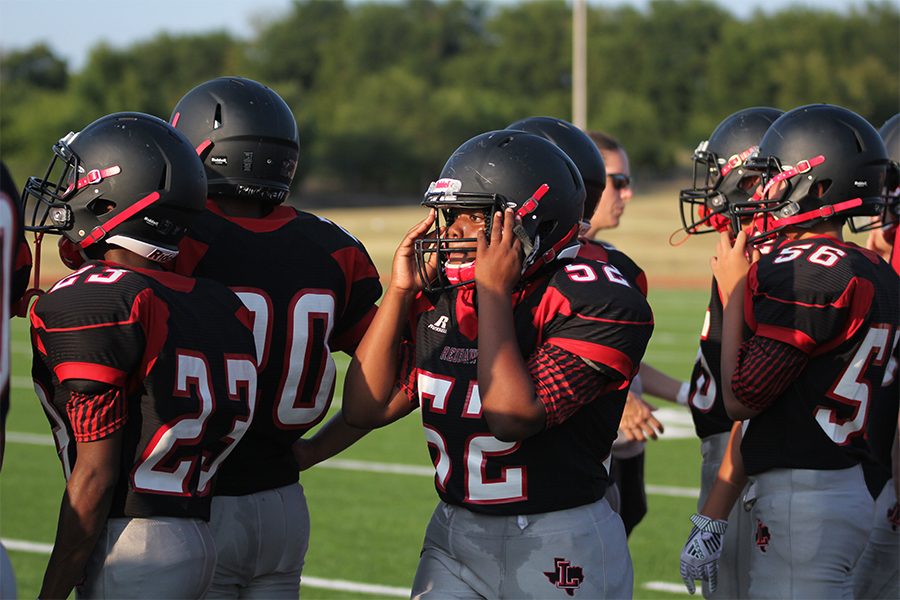 Freshman Shaniyah Hart is the first girl on campus to play on a football team, and is setting an example for other students who want to step out of the typical gender assignments in sports. Football for most of history has been boys only, but opportunities are opening up for girls who are interested.

Out of forty one freshman football players on campus there’s one in particular that stands out from the rest. In a predominantly male sport freshman Shaniyah Hart takes the field as a defensive linemen just as any other player.

Hart grew an infatuation for football alongside her brothers as she began playing at the age of five.

“I started noticing when she started playing in California all she wanted to do was play football,” mom Tomasha Felix said.

Despite being the only female player on the team, Shaniyah feels like she belongs.

With her team by her side, Hart feels powerful out on the field as her helmet unifies her with the rest of the players.

“It actually helps me a lot with my anger issues, it’s actually really fun,” Hart said. “When I step out on the field I relieve everything, any type of pain I have. Most people don’t notice me until I take my helmet off. My favorite part is hitting people and hitting someone. If I get any tackles or sacks, it’s the best feeling ever.”

“She is a vocal leader on the field,” DeLarios said. “From a coaching perspective, I can always appreciate an athlete who is willing to keep team morale up. Shaniyah has reinforced that as a coach, not only do I fulfill the role of making them a better athlete but I also have a role as a father figure who must also be available to my athletes outside of the sports realm.”

Shaniyah understands the uniqueness of being the only female and her responsibilities as a Redhawk athlete.

“It means a lot to me to be the only girl, it puts a lot of pressure on me,” Hart said. “I have to make sure my grades are good so I can still play I have to hit harder than most of the guys, so it’s a lot.”

From football practice to home, Hart’s optimistic character is seen all around.

“She is an outgoing person and she is always smiling and trying to make others happy,” mom Tomasha said. “No matter on her bad days she tries to make the best out of it all the time. I’m hoping that she never gives up and makes it to wherever she wants to be and doesn’t care what some people say about her to try and bring her down.”

With immense support from her friends, teammates, and coaches Shaniyah is striving to obliterate gender norms when it comes to football.

Below is a timeline by Eden Brim which illustrates the history of girls in football: