Wrestling tackles the start of the season 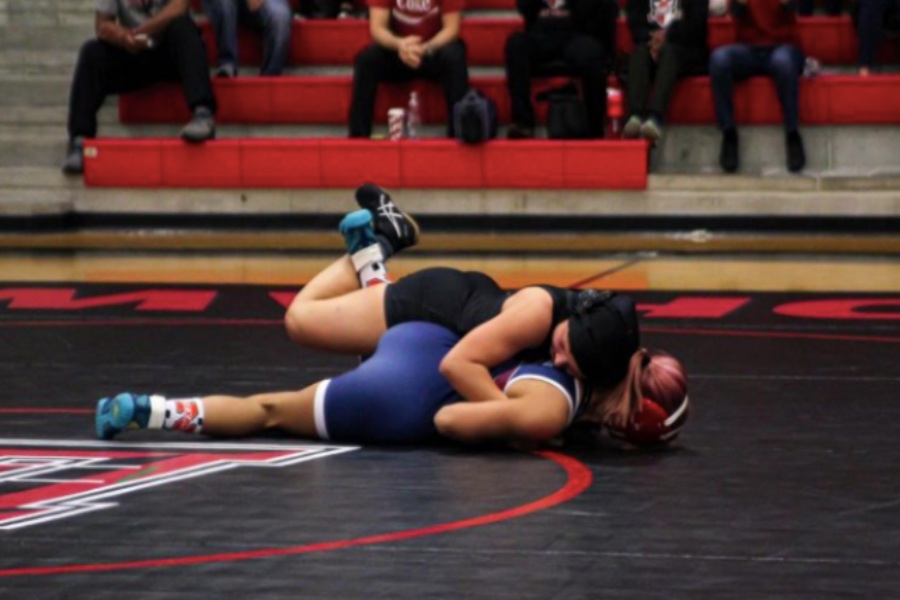 The 11th Annual Heath Invitational at Rockwall Heath High School brought success for the wrestling team on Nov. 22-23, 2019. Despite this being during break, girls' finished in first place and boys' finished 6th.

It was anything but a long break for the wrestling team as both the girls and boys competed in the 11th Annual Heath Invitational at Rockwall Heath High School Nov. 22-23. The girls’ team started their season off with a first place win and placed four medalists, with the boys’ team coming in sixth place and earning three individual medalists.

“I think I did really well, and I think everyone worked really hard,” senior Emily Corona said. “It feels good to work really hard and see the benefits of that.”

Collecting four pins, and winning first place in the girls 138 lb bracket, Corona played an important part in the team’s victory, and is looking forward to bigger goals throughout the season.

“I think we’re looking really good to win state this year,” Corona said. “I think it shows our team as a whole, and how much we work and how we dedicated we are to the sport.”

Despite many experienced wrestlers graduating in 2019, head coach Cody Bridwell is excited for the prospects of a new season.

“I thought the tournament went well, the team is pretty new this year, meaning we don’t have a lot of experienced wrestlers, so I’m happy with the way they performed,” Bridwell said. “I thought the girls team did absolutely fantastic, they won their tournament, the men came in sixth, which is a great placing for 32 teams, and then our JV did well, and they’re learning and coming along as fast as possible.”