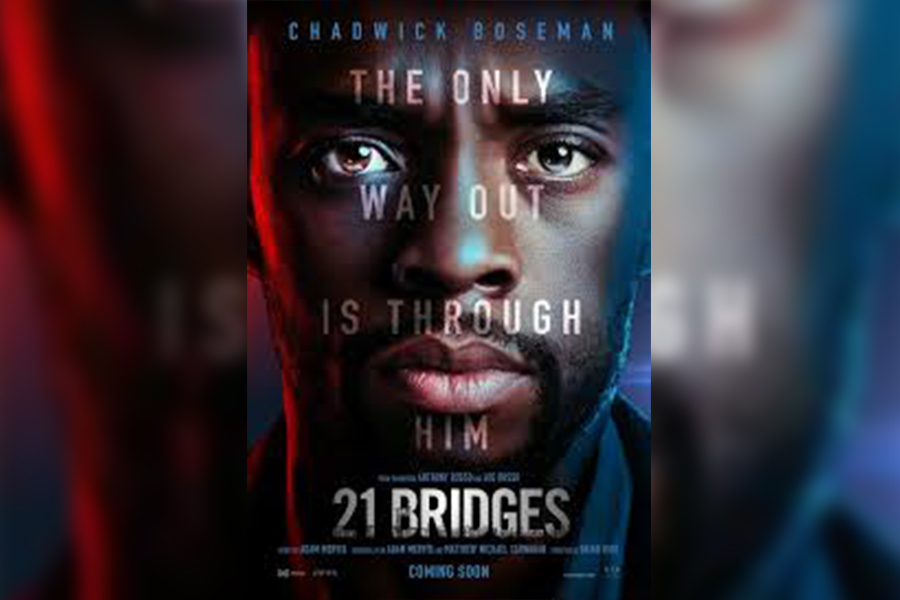 Locked in a bloody chase after uncovering a massive conspiracy within the NYPD, New York City is the battleground for Chadwick Boseman in 21 Bridges, a film packed with action and named for the 21 bridges leading into Manhattan.

Directed by Brian Kirk, with a budget of nearly $33 million, this movie received a 91 percent rating on Fandango. However, it didn’t score so well on other platforms, as it got a 50 percent on Rotten Tomatoes and a 6.6 out of 10 on IMDb.

While this movie is no cinematic masterpiece, it is a movie of entertainment, where you can sit down and enjoy the short, yet fast paced movie only lasts one hour and 40 minutes with nonstop action.

The movie follows Boseman around in a thrilling manhunt for cop killers throughout New York City, involving heavy topics, such as drugs, death, and crime. Other popular actors starring alongside Boseman include Sienna Miller, J.K. Simmons, and many more.

If violence and hard topics are not an issue, I suggest you find a time to head to theaters near you to watch this entertaining movie. Not for its cinematic masterpiece, but for the enjoyment you’ll get for roughly two hours.