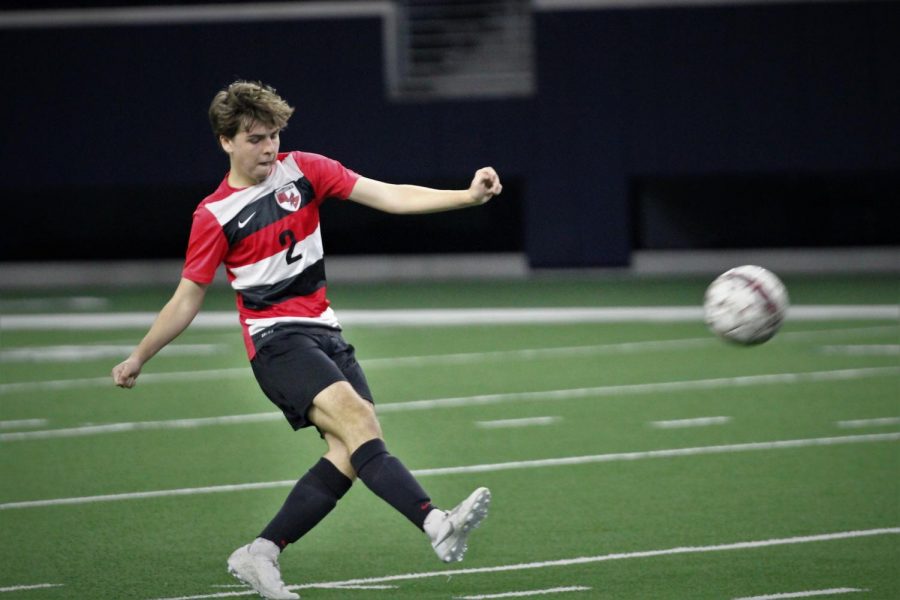 Sophomore Jack Abare passes the ball to his teammates. Redhawks boys play at home, and girls make their way to Trailblazer territory on Friday.

District 9-5A play resumes for both the girls’ and boys’ soccer teams as they take on Lebanon Trail Friday.

For the girls’ side, it’s a visit to Lebanon Trail in a battle for second place with the Trail Blazers currently holding that spot, and the Redhawks one game behind in third place.

“We are definitely going to be coming into the game stronger than we have before,” junior Emerie Jones said. “We want to take revenge for last year and after coming off of these last few wins. I feel like we are more prepared than we’ll ever be. I just hope the [Lebanon] girls are ready for a challenge.”

“Our main focus going into the game will most definitely be to play with intensity like we have been and to win as a team,” she said.

On the boys’ side, the team is looking to get a win as they host the Trail Blazers.

“We hope to work better as a team every game and play as one,” junior Luke Enlow said. “Instead of individuals.”