Soccer fails to stay on the trail 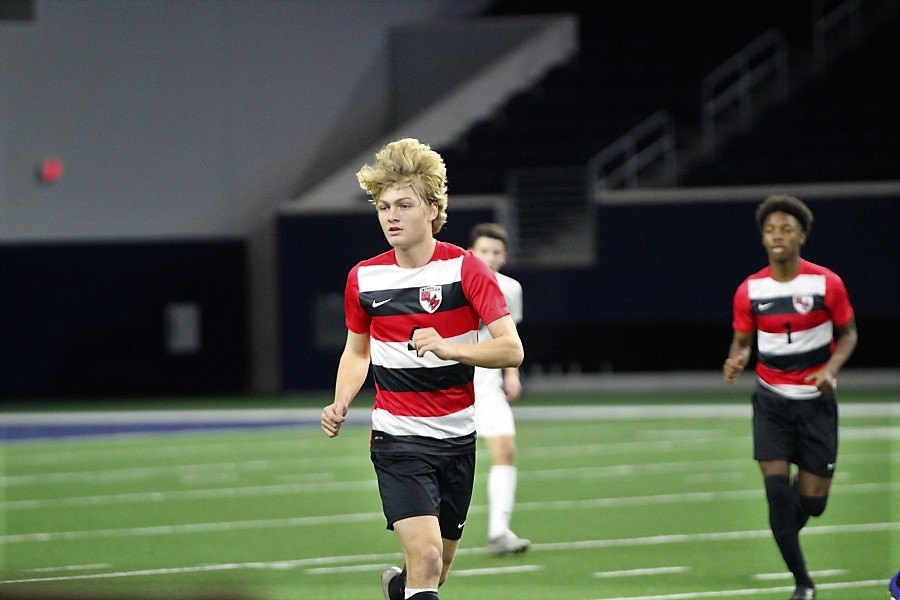 Tracking the ball down the sideline, sophomore Jack Bryan positions himself on defense. Taking on Lebanon Trail on Friday in District 9-5A play, the Redhawks and Trail Blazers finished the game at 0-0. Earning a point from the draw, the Redhawks are in 9th place in the district standings.

The winning streak for the girls’ soccer team came to an end Friday as they lost at Lebanon Trail 2-1, leaving the Redhawks in 4th place in District 9-5A.

“I think we did good,” sophomore Kennedy Cloutz said. “We worked hard, but we could have worked more as a team.”

The boys’ team also took on the Trail Blazers, hosting Lebanon Trail in a game that ended 0-0.

“I mean we just couldn’t put anything in the back of the net,” sophomore Ashton Schramek said. “A tie is better than a loss.”