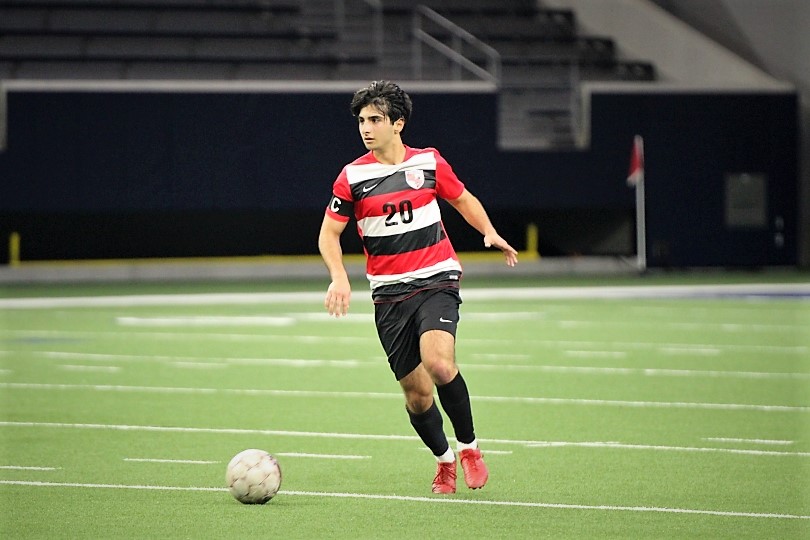 Senior Ara Gevorgyan runs after the ball. Both boys and girls soccer team take on the Independence Knights Friday.

The soccer teams take on the Independence Knights Friday.

For the girls, the game is a big game as independence is currently sitting in first In District 9-5A and undefeated in district play (5-0), while the Redhawks are in fourth place at 4-2.

“I respect their record, talent, and work ethic, but I do not fear them,” girls’ head coach Liz Mokler said. “We were the only team to beat them last year and we have an equally likely chance of doing so again this year.”

Captain Avery Jennings is hoping to stay focused from the start.

“ I think we need to be super focused during warmups and just being ready to go out there and score first,” Jennings said. “I personally don’t want to be scored on so that’s gonna be my goal, to hold down the back line.”

As for the boys,the team is trying out new stragesties to hopefully get another win.

“Yesterday we worked on a new formation,” head coach Fred Kaiser said. “Based on those results we’ll see if we can implement it today.”

With the boys currently having a 1-4-1 District 9-5A record, Kaiser says its not because the boys aren’t performing well, but it’s because the district is very competitive.

“Everyone is good on the guys side,” Kaiser said. “You have to be prepared for every single game, and if you don’t bring your A game, you’re going to lose.”