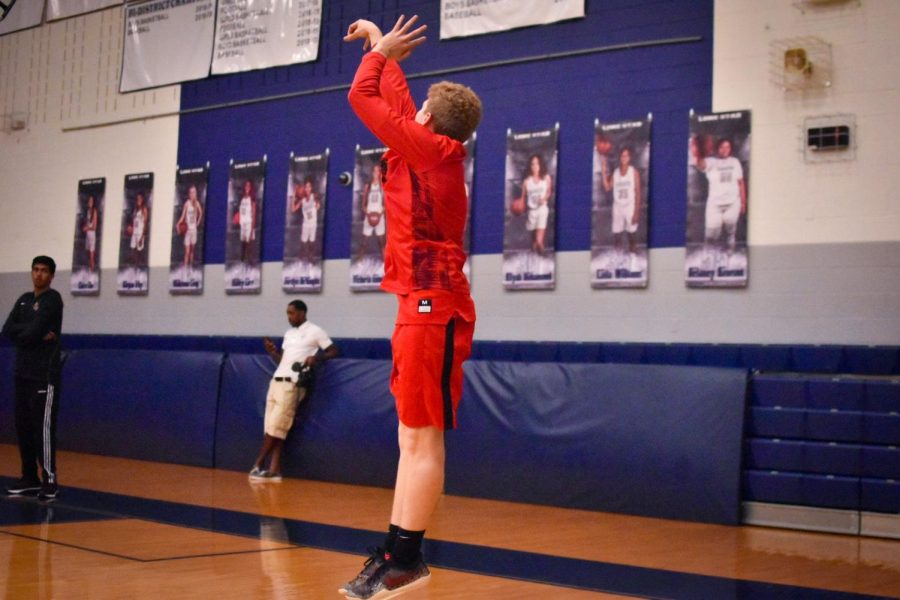 Senior Zach Bishop jumps up for a shot. The girls and boys team hope for a win against the Independence Knights at Independence Friday.

Redemption is in the air at Independence High School Friday night, as the girls are hoping to start another win streak, and the boys are looking to beat the Knights for the first time this season.

The girls’ team tips off at 6:00 p.m. with the Redhawks ready to get back on the court after suffering their first District 9-5A loss on Tuesday to Memorial 32-29.

“One of the cool things about playing twice a week is that you don’t get to be too high for a win but you also don’t get to be too low for a loss,” girls’ head coach Ross Reedy said. “You’ve got to turn right back around and play the next game. If you played poorly, you think you have to go back to the drawing board and really refocus and things like that, but truth be told, it’s just a lot of preparation, watching film, and making sure our girls feel healthy.”

The boys aren’t worried about maintaining their current seven game win streak, even though the Knights are currently in first place in the district standings.

“To be honest with you, we kind of worry about ourselves more so than we worry about the opponent,” boys’ head coach Stephen Friar said. “We think that if we can to the best of our abilities and everything and play hard, play smart, and play together with each other, then we have a good chance against anybody we play against. So that’s the goal.”