Halfway through the season, girls’ soccer pave the road to playoffs 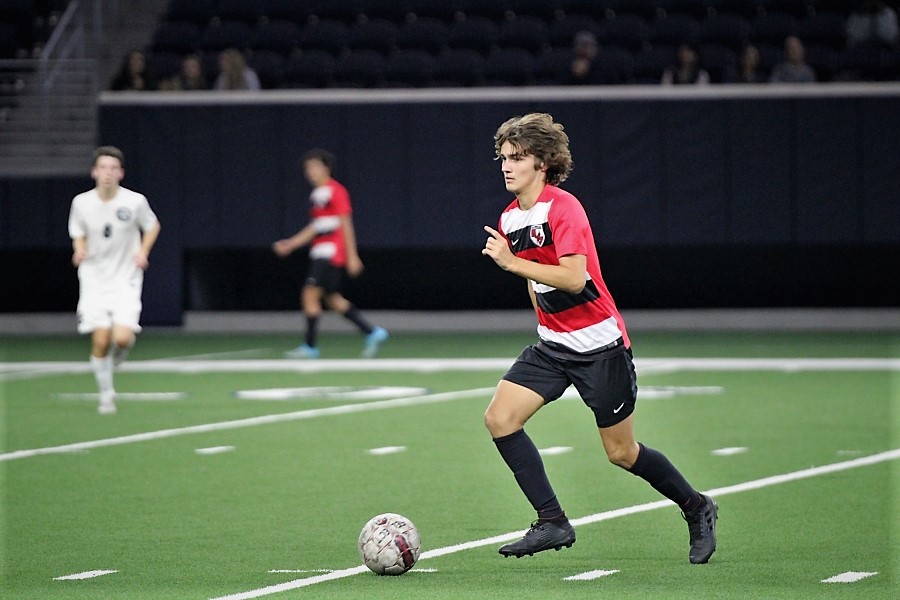 Sophomore Braden Wright runs with the ball to pass onto his teammates. The Redhawks play against Lone Star Rangers with the boys at starting at 7 p.m. at Lone Star and the girls kicking off at 7:15 p.m.

The first half of District 9-5A is nearly over, with Friday’s games against Lone Star the final ones before the Redhawks continue with the second half of round robin play.

The girls will kickoff at home at 7:15. Coming off of a win against Centennial Tuesday 5-2, the team is trying to stay focused.

“We are feeling confident about going into the Lone Star game coming off of a win,” junior Wesley Noon said. “We still have to treat it like any other game and go out song and focus to pull off a win.”

The boys’ team will load up as they head over to Lone Star to play the Rangers at 7:00 p.m. Coming off a 1-0 loss agents the Titans, captain and senior John Keene is one of the many on the team that are injured.

“We have a lot of injuries and that’s hurting us a lot,” Keene said. “At practice we are working on moving the ball around quicker and team chemistry.”