Playoff positioning on the line 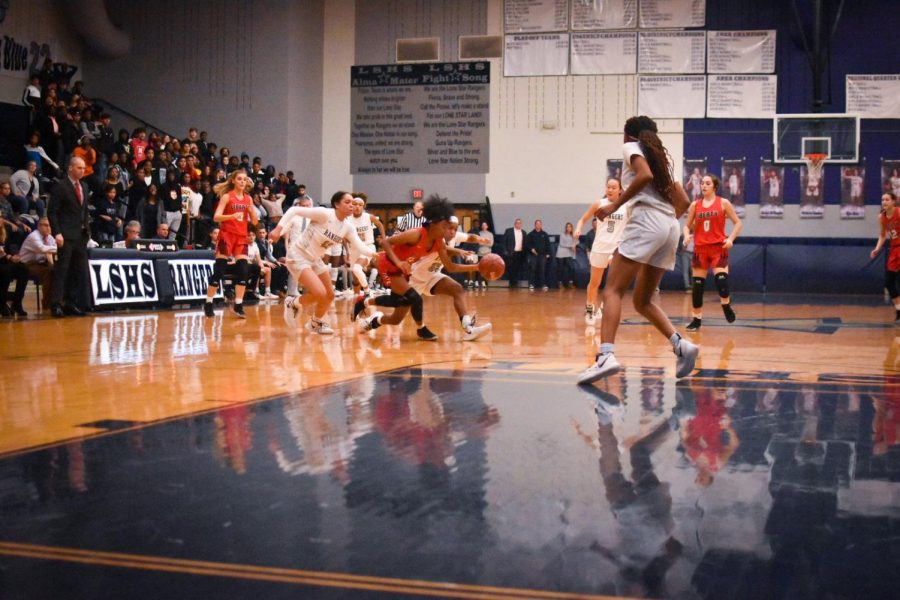 The Redhawks scramble to gain possession during a game against Reedy. The girls' side begins play tonight against Lone Star at 6 p.m. at the Nest and the boys follow at 7:15 p.m.

The District 9-5A basketball season is coming to a close with the girls’ team hosting Lone Star Tuesday at 6 p.m. on Senior Night.

Having already clinched the district championship, senior festivities will be a bit shorter than normal as there’s only one senior on the team.

“It means a lot to play my last home game with this team because they were so supportive and helpful throughout the season,” senior Kyla Crawford said. “I’m going takeaway with knowing how to handle different types of coaching styles and enjoying the memories that will last a lifetime.”

Taking the court after the girl’s game, the boy’s team has a lot more riding on Tuesday’s game against the Ranger. Sitting in fifth place, the Redhawks are one game out of the final playoff spot, with just three games remaining.

“Lone Star has some good talent so we just need to start the game off strong,” senior Ian Thomas said. “I just want to put some points up for my team and hopefully we’ll show out for the crowd.”