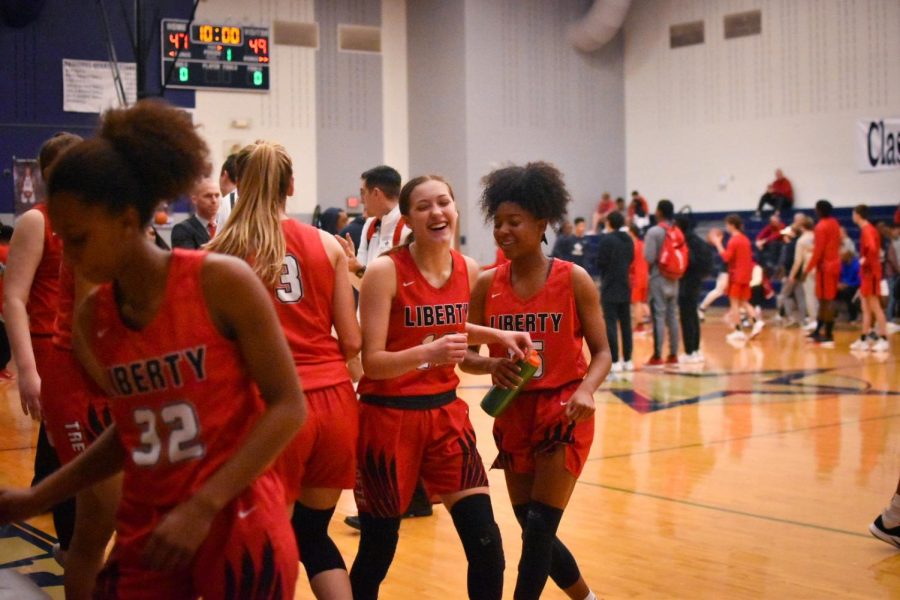 The girls' team enters their third round of playoffs Tuesday night against Centennial, a team they've beaten twice this season. Play begins at 7 p.m. at Lebanon Trail.

Entering their third round of playoffs Tuesday night, girls’ basketball will face Centennial for the third time this season at Lebanon Trail.

Trying to beat the Titans for a third time this year, head coach Ross Reedy isn’t worried the sports cliche about it being hard to beat the same team three times in the same season.

“There’s one school of thought that if two teams are close together and one team wins twice then the other team is due,” Reedy said. “It should be hard to beat them three times. The reason people say that, is due to the fact that when you have played a team twice and you have not won, there’s more you can do that you have nothing to lose but to change up your game plan. So we don’t know what we’re gonna see from them tonight. Where as if you’ve played a team twice and you’ve beaten them, why would you change up what you’ve been doing. Then you have possibly more that has yet to be revealed.”

Defeating the Titans 44-41 and 30-22 earlier in the season, Reedy doesn’t anticipate changing the team’s approach.

“If we just change up our game plan all together when we’ve won twice people would call us crazy,” Reedy said. “There’s another school of thought that if they were supposed to beat us at any point they would have already done it. Last year we played them three times and no doubt every game got harder. We beat the the first time by twenty something, we beat them the second time by twelve and then the last time, even though we ended up winning by ten or twelve, it was really really close.”