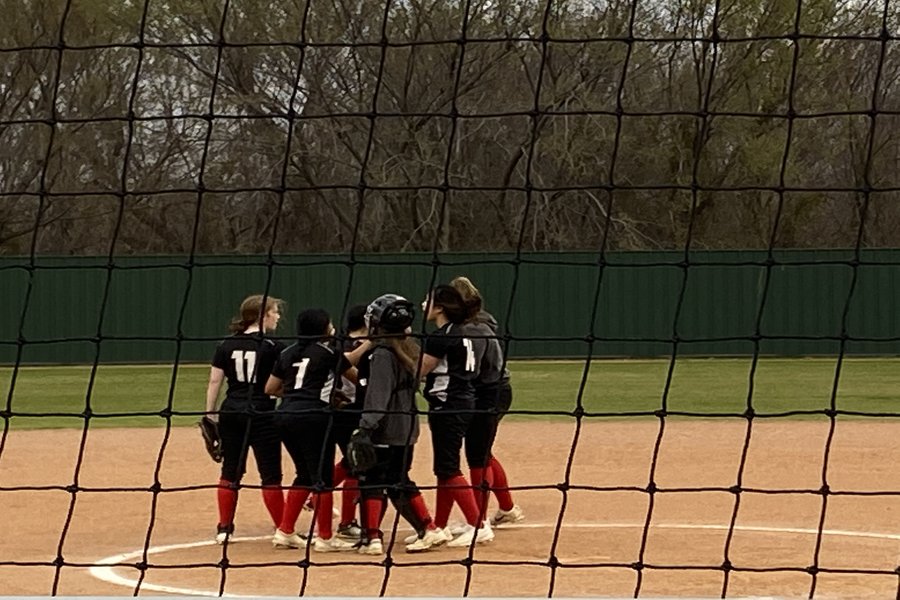 Starting their season with a matchup with the Wakeland Wolverines, softball takes a loss 22-0 in their first district game. The team looks to their next game Friday, at Reedy High School against the Lions.

District 9-5A play began for the softball team Tuesday night with the Wakeland Wolverines keeping the Redhawks grounded with a 22-0 win.

“They had really good hitters, so they hit a lot of our pitching that we had,” head coach Jill Bradshaw said. “For the most part, our girls, we stepped up, we tried to hit the ball. We got quite a few on base we couldn’t necessarily get them to score, but we did some good things for sure.”

Bradshaw is hoping that the team will be able to show some of the stuff they have been working on in practice when they host the Reedy Lions Friday at 7 p.m.

“I hope that we can,” Bradshaw said. “Do the stuff that we’ve been practicing on and be able to implement that into the game and see some more good stuff.”