Stadium switch up ahead of Lone Star match 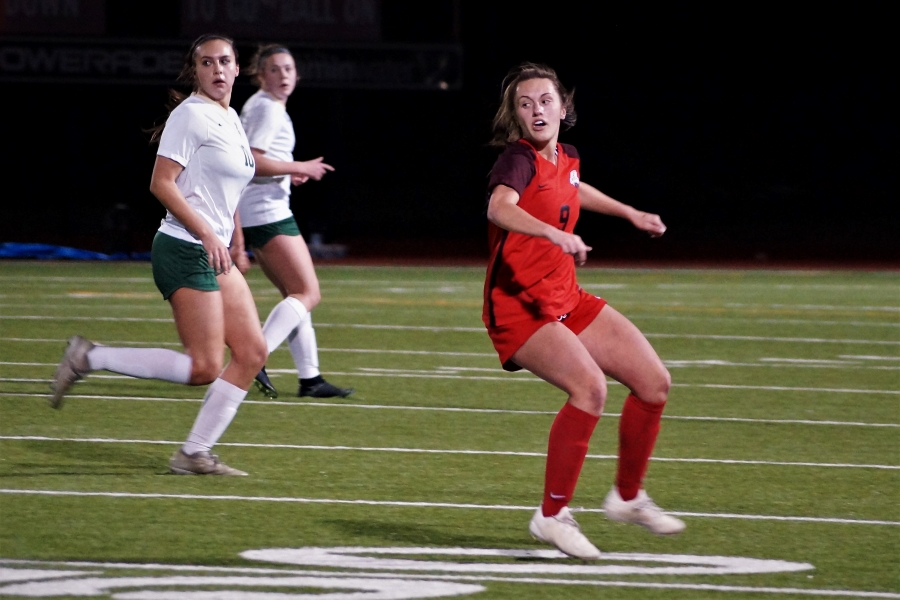 Ally White, junior, looks at her teammates run with the ball. The girls' side will play at Liberty at 7 p.m. and the boys' side plays at Lone Star at 7:15 p.m.

There’s been a change of venue for Tuesday’s soccer games against Frisco. Originally scheduled to be played at Toyota Stadium, the boys’ team will now play at Frisco while the girls’ team is at home.

The venue change is partly due to rain in the forecast but also because the U.S. Women’s national team is playing at Toyota on March 11, and officials requested no high school games be played there in the meantime.

“I will be frustrated for the players, they’re looking forward to playing at Toyota,” boys’ head coach Fred Kaiser said. “With the women’s national team coming here I think they want to keep the field in pristine shape for that game.”

“Hopefully we do well just like every other game we’re going to play really solid in order to be able to beat Frisco who’s currently in second in the district,” he said. “They’re playing really well so if we play solid defense and take advantage of our opportunities we have a good shot.”

For the girls’ team, the move disrupted the scheduled Teacher Appreciation Night.

“I’m sad our game got moved because it was Teacher Appreciation night,” junior Wesley Noon said. “It would have been cool to have our teachers watch us play in a professional stadium.”

Teacher Appreciation is a night where teachers are invited by a player to be honored at the start of the game.

“I think it is a good thing,” Noon said. “We get to recognize our teachers for all their hard work and everything they do for us as students and supporting us.”