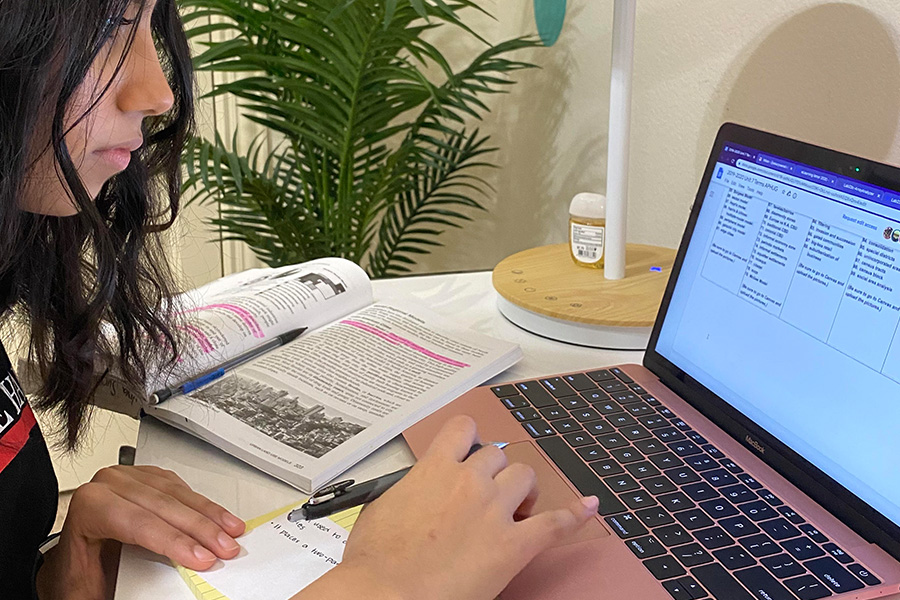 In the time in between Thanksgiving break and Winter break, students are bombarded with assignments and tests.

With no school on Good Friday and Monday a bad weather make-up day, Tuesday started the second straight four day week of eLearning.

But it’s anything like a four day week of in-person school for English teacher Michelle Porter.

“Being at school for a four day week is motivation to get through the week,” Porter said. “It is something to look forward to because you know you are leaving your work environment for a while. The atmosphere tends to be more joyous and positive as everyone awaits the last day of the work week. Having school online, you miss out on the euphoric feeling on being able to soon change your environment for a while.”

“The four day week has felt longer and more like a normal week compared to the ones in school,” Andrus said. “I feel like we have the same amount of work.”

While Andrus thinks that this feeling comes from the same workload, Porter planned her lessons accordingly.

“My lesson plans were intentionally shorter,” Porter said. “In most cases just reviews, which allowed students to complete before the break.”

Other students don’t think that it’s the workload to blame, but instead, the students and their time management skills.

“I think the four day week feels a lot longer because we get to do things on our own time,” freshman Jiya Surywanshi said. “Most students usually procrastinate their online work so it feels just like a normal week instead of a shorter one.”