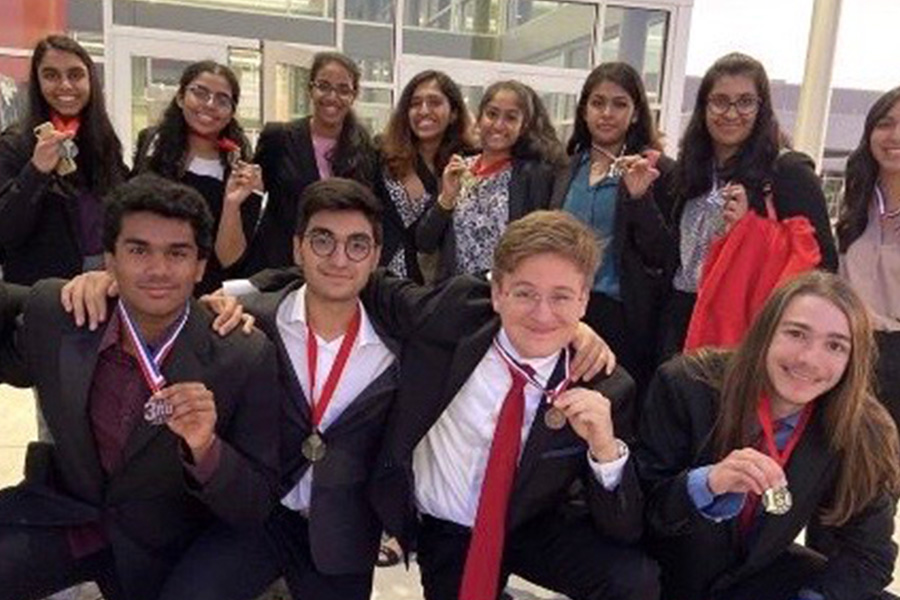 In previous years, debate has help tryouts for its competition teams in person, but with social distancing orders, the auditions have been moved online. While the tryout is unusual, it gives new students and opportunity to get a feel for the team, and officers a chance to look at the rising talent.

Usually held in person, the current eLearning system forced Debate 1 students to put their practice and their skills to the test in an online tryout format.

“The pandemic definitely took the entire process by storm,” sophomore debate team member Anisya Nair said. “However, a peer of mine and I decided to be proactive and we began coordinating the entire process. I’m not going to lie, it was challenging considering the entire schedule we had to work out. But we learned a lot with the entire process when it came to planning for events in general. In the end, I’d like to believe that we planned well and gave the recruits their best shots at showcasing their talents and skills.”

The students trying out also agreed that these tryouts have been different than in-person or in-class.

“The debate tryouts felt different this year because they were virtual,” freshman Madhalasa Iyer said. “It was a new experience debating and speaking in a zoom call with other people. We had 2 days of tryouts. The first day was our LD debate where we had to compete against another person. The second day was impromptu were they gave us a topic and 30 second prep time to think of things to talk about. Based on how we did in all these aspects, the judges decided what category would be best for us. I got put in LD debate and the other people got placed in extemp or CX.”

Although the tryouts gave a new opportunity for students to become a part of the debate team, the present team has learned and grown from this experience.

“Given our circumstances, I’d say tryouts were the best they could be. While yes we had a few setbacks, as a whole the process worked. We were able to still hold tryouts and gave everyone a fair shot,” Nair said. “In fact, we only grew stronger as a team and I think that was necessary given that the current sophomores lead the team next year.”

Students trying out felt like these tryouts not only gave them an opportunity but gave them an insight into what it would be like to be in the team.

“I feel like this debate gave us a look at how it would be like to be part of the team,”  Iyer said. “I think the current variety of members did a really good job of making us feel like we were a part of the team already.”