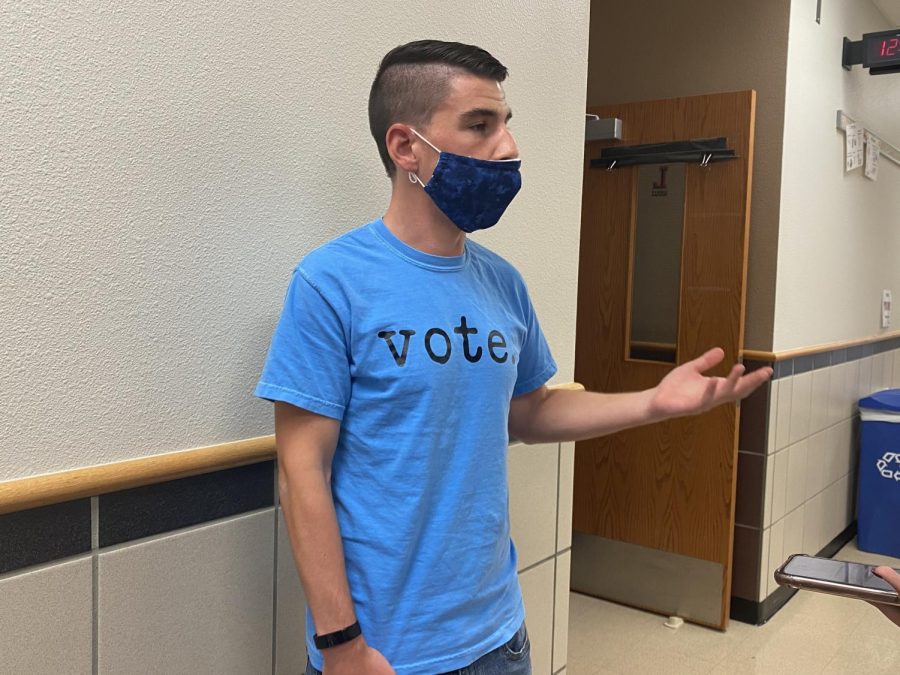 Abbott removing the mask mandate poses a huge risk to Texas public health and may cause cases to rise again. While opening Texas allows business to open to 100% capacity, was it really necessary to remove the mask mandate?

Due to COVID-19, it’s highly advised to wear a mask. It prevents one from potentially spreading the virus, and it prevents one from potentially receiving it as well. While wearing a mask is a good thing, it does have limiting factors like affecting one’s ability to communicate. With one’s voice muffled into a piece of fabric, and half of their face covered, it can be hard to effectively communicate with others. However, there are ways we can get around that.

To start, enunciation is key. When wearing a mask, one has to make sure that they speak loudly and clearly. With a mask off, it’s easier to understand what someone says when they’re speaking with a smaller voice, however with a mask on, smaller voices become muffled and inaudible. Being able to enunciate and speak clearly despite the limitations of a mask, allows one to still be verbally heard.

Verbal communication isn’t the only thing affected by the mask, it limits non-verbal communication as well. With half of one’s face covered, emotions and non-verbal cues have to be displayed through one’s body movement or eyes/ eyebrows. Conveying emotions through one’s body language isn’t all that difficult. We already do it in our day to day lives, we just need to rely more heavily on it whilst wearing a mask.

A mask shouldn’t limit one’s ability to communicate effectively. Thoughts, and ideas, and emotions can still be transferred from person to person. A mask is but a small barrier that can be easily overcome, and the pros of keeping people safe while wearing it, far outweigh the cons of communicating less effectively with it on. So please, wear a mask.