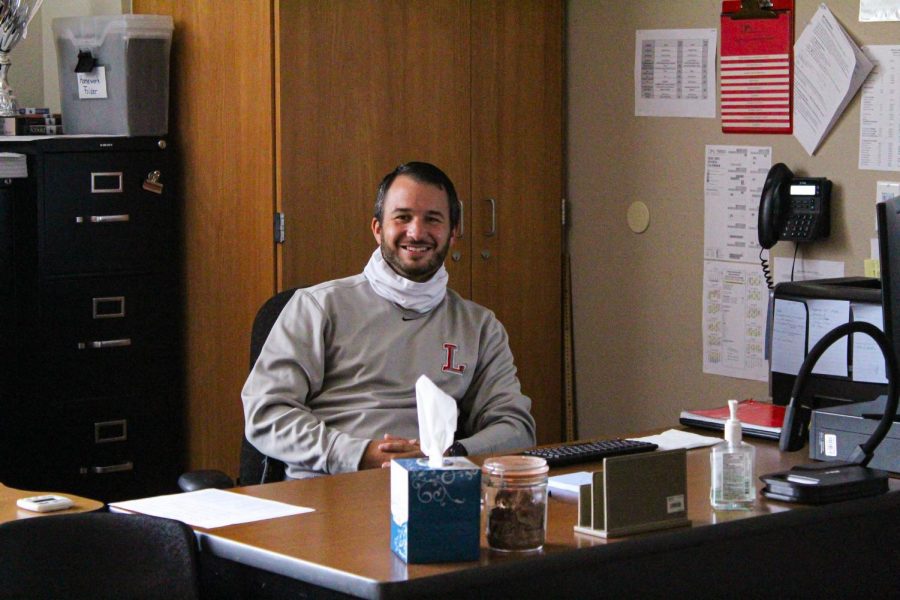 He’s not necessarily new to campus, but he was gone for a few years. Curtis Henderson is back as a Redhawk for the first time back since 2015. Wingspan recently caught up with Henderson to talk about his experiences as a teacher, and what brought him back to campus.

He’s not necessarily new to campus, but he was gone for a few years. But Curtis Henderson is back as a Redhawk for the first time back since 2015. Wingspan recently caught up with Henderson to talk about his experiences as a teacher, and what brought him back to campus.

Wingspan: First of all, how long have you worked at Liberty, and what do you teach?

Henderson: “This is my 4th year at Liberty technically. I started as a paraprofessional in the SAIL program at Heritage in 2009 for 2 years then we moved to Liberty. In 2015 I got a teaching job at Staley Middle School in SBS and then this year I got to come back to be a teacher in the SAIL room that I was a para in to start.”

Wingspan: What subject did you enjoy most when you were in school?

Henderson: “My favorite subject in school was history probably. It was easy because it doesn’t change. It’s just dates. Plus there was always a movie to watch in history class.”

Wingspan: Have you always wanted to be a teacher? If so, is there a reason, and if not, what did you intend to be?

Henderson: “When I started I wanted to be a coach most of all. I always grew up wanting to coach but I sort of fell into SPED and found out I am pretty good at it so that’s where I am still today.”

Wingspan: Secondly, what is your number one fear about your job and/or working with students?

Henderson: “I don’t really have any fears about the line of work I’m in. After doing this for 12 years, there really isn’t anything I haven’t heard, been called, or seen that would surprise me.”

Wingspan: Do you feel any obligation towards the people you teach?

Henderson: “I would say yes, I feel an obligation to lay some sort of groundwork to help them be successful when they leave the safety net of the school system and get out in the real world.”

Wingspan: Lastly, do you have a philosophy when it comes to life and teaching? And would you say that this philosophy applies to other professions, aspirations, or your life itself?

Henderson: “I don’t really think I have a philosophy per say. I just try to live each day and go with the flow. I try not to stress about things because most of the things you can’t fix are out of your control. I just do what I can do and control what I can control and the rest will just roll on past me. I hope that helps.”