The dangerous side of procrastinating 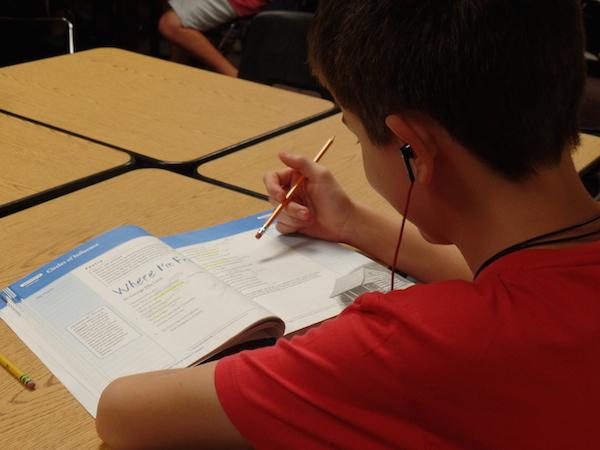 Everyone procrastinates. Either on a larger scale or a small scale. As for myself, I have done numerous things to procrastinate: binge-watching a nine-season show, rearranging my entire room, attempting to paint like Bob Ross, and playing Tim Urban’s TED talk about procrastination on repeat. Procrastination is like what Bob Ross said, “It beats the devil out of you.”

The temporary adrenaline rush from procrastination mirrors the scariest roller coaster in Six-Flags. The gut-wrenching feeling of regret while looking down from the top of a roller coaster and the escalating anxiety when you look at the 20-page paper that needs to be completed in just a few hours leads to the same question: what did I get myself into? When you’re finally done, you feel so accomplished that you are willing to do it all over again. This endless cycle of self-inflicted suffering damages your cognitive abilities and physical well-being.

This cycle can lead to more problems than just going through your entire Instagram feed; it can make people prone to have a weakened immune system, hypertension, and cardiovascular diseases. Robert Schachter has studied procrastination for years and came to the conclusion that procrastination has lasting effects on your mental health as well as your life overall. Through his studies and research, he noticed that procrastination puts a heavy strain on your quality of life including interactions with others and performances in daily activities. Schachter also stated that procrastination could be the cause of some mental health issues such as depression, attention deficit hyperactivity disorder, obsessive-compulsive disorder, and anxiety. I have started to see this in myself on a smaller scale. Because of my constant procrastination, I’ve had less time for my friends and family and my overall mental health has declined. Rapidly.

Schoolwork has tripled along with my procrastination habits. My daily after school schedule has become: going home, laying in my bed, going on my phone, eating dinner, going through TikTok for the 15th time, and starting my homework and responsibilities at 10 p.m. This put a huge amount of pressure on me and I keep saying to myself I will get better at it and be more productive. But the cycle starts, again and again, every single day.

However, another factor that can come into play is why are you procrastinating? The reasoning behind your procrastination can be the actual problem you need to focus on to “fix and improve your life.” There are many reasons to put off your work such as the most obvious reason, distraction. There are also a few other reasons for procrastination such as fear of failure, perfectionism, and a lack of motivation, just to name a few.

Procrastination has shaped how I act and my lifestyle. While watching Netflix and FaceTiming my friends are entertaining and rewarding at the moment, procrastination can have an immense toll on your life in the long run. This doesn’t mean procrastination isn’t normal, just don’t overdo it.