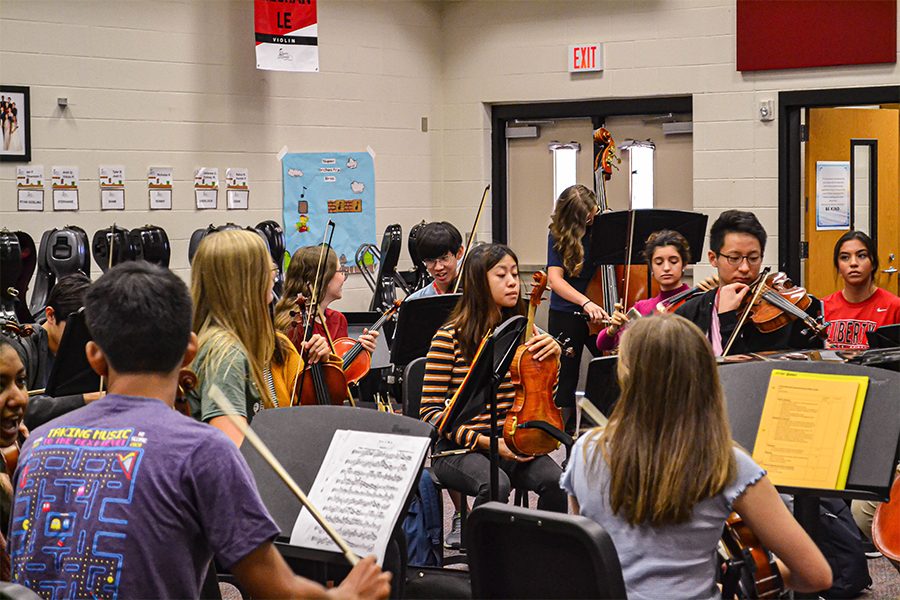 Two orchestra students on campus, both of whom were selected to advance from the preliminary round of the Coleman Chamber Music Competition, will have a chance to win the People’s Choice Award.

Seven Redhawk orchestra students are among the highest-ranking musicians across the state and have qualified to perform in a Texas All-State ensemble.

“I think it is amazing. In an area as competitive as ours, these students have individually put the work in to get to where they got,” assistant orchestra director Victoria Lien said. “This is the first year with so many changes in the process, from earlier releases of the cuts that they will play, to all the auditions being recorded, so to have overcome so many new changes, they and everyone who auditioned have all made us proud as the orchestra directors.”

Competing against other regions in Texas, sophomore Jayna Yoon thought the zoning added an extra layer of stress.

“It was definitely really different because nobody really knew what to expect,” Yoon said. “We also were in a different region this year and the preliminary round rules kind of changed so there were a lot of different factors that varied.”

In regards to how the audition has been changed to an online format, Lien thinks that some students might be more stressed out because they have multiple chances to be better, but some might appreciate the extra time and chances to record.

“The process of being virtual is a double-edged sword. On one hand, it is nice to have multiple days, and multiple tries to record your best effort. However, because there is the technology aspect, equipment might not always be working, as some of our students experienced during their audition,” Lien said. “Additionally, there is always the thought of ‘well, maybe I can do better.’ However, the program is designed to delete any previous submission once you click “re-record” so you must be certain that you want to re-record, and even then, you might not get a recording as good as the one you just deleted.”

The changes in the process did not take away the thrill of being selected to perform in the All-State ensemble.

“It feels really exhilarating and a little unbelievable,” senior Urja Joshi said.“I’ve been trying to make All-State for the past two years, so it’s really relieving and just absolutely satisfying to make it finally! All my hard work has paid off and I’m just really happy.”

“It feels great to make it again because with everything changing I wasn’t sure if my recording was strong enough,” Yoon said. “But I’m really thankful to have been able to record and even make all state and I hope it’ll be in person next year.”