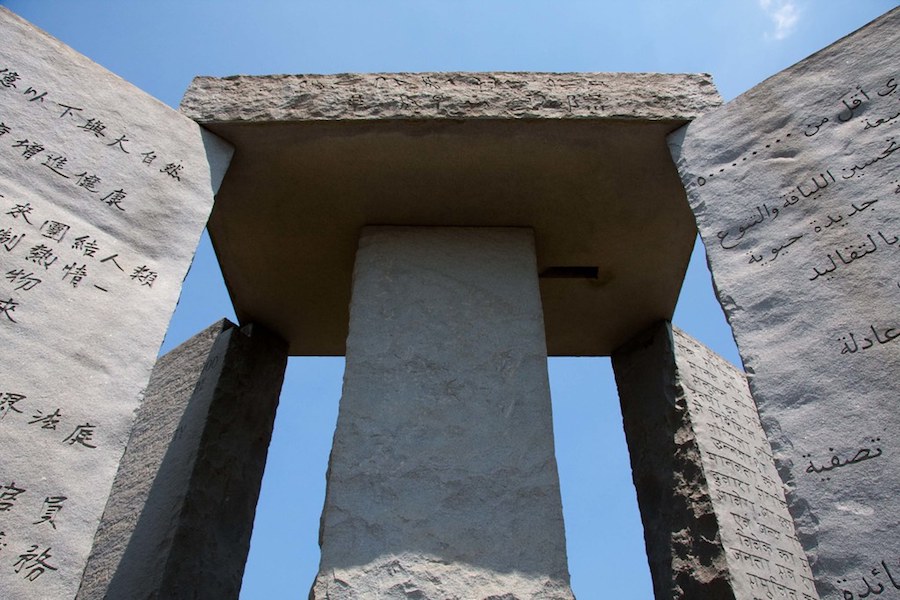 "Georgia Guidestones" by The Rocketeer is licensed under CC BY-NC-ND 2.0

This week staff reporter Aden McClune writes about the mysterious Georgia Guidestones. Four 16 foot tall granite slabs in Elbert County, GA, the Georgia Guidestones were commissioned in 1977 by a “Richard C. Christian” (a pseudonym) and, like most subjects covered in this blog, their true purpose may never be known.

The Georgia Guidestones are four 16 foot tall granite slabs in Elbert County, GA. They were commissioned in 1977 by a “Richard C. Christian” (a pseudonym) who claimed that his organization has been trying to get them built for 20 years. Christian seemed to have an endless amount of money ready to go to fund the expensive project.

Secrecy was very important to Christian. In fact, the banker whom Christian dealt with to prove his authenticity to the landscaping company contracted to build the monument agreed to sign a non-disclosure agreement in which he could never reveal Christian’s real name, and pledged to destroy the banking documents afterward.

The ten “commandments” written on the stones are in several different languages including ancient Babylon, Latin, and Egyptian hieroglyphics. The ten instructions inscribed are:

What do these instructions mean, and what organization put them there? Built during the height of the Cold War, some believe that they were erected to guide any new peoples or civilizations that emerged after a nuclear war. Like most subjects covered here, we may never know their true purpose.