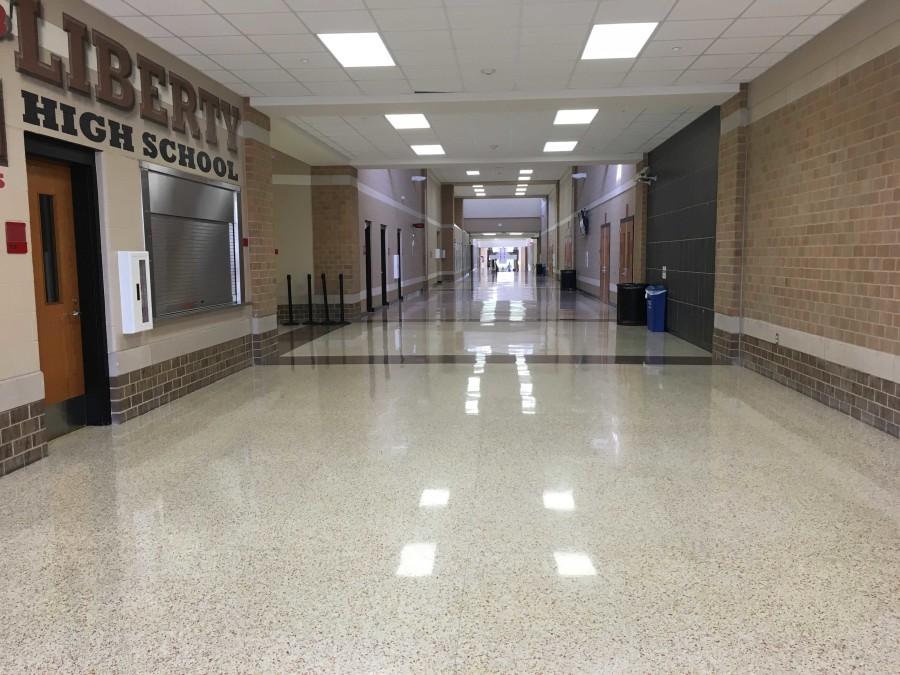 Effective Monday, all four grade levels will be released from class at the same time, whether that be in between passing periods or during dismissal.

“When we started this school year, we were looking at all types of ways we could mitigate students being together and congregating especially in areas students might be unmasked or be together for long periods of time,” principal Ashley Rainwater said. “What we are finding though is that kids are being released at a staggering time but instead of going to the next class, they are hanging out in the hallways. So the hope is that we increase class time so that teachers can work with their students in the class, but, two, we can reduce the number of students that are congregating in the hallways that has an increased risk of spreading COVID.”

To help make sure students aren’t hanging out in the hallways, Rainwater says campus administrators will be doing what they can do to help get students where they are supposed to be.

“So we’ll go back to looking like the past, the bell will ring and admin will out there, helping kids move, get to their next class, and making sure kids aren’t backing up in the hallways as they are waiting for teachers to enter classrooms,” Rainwater said. “The goal is that it’s more seamless.”

After more than half the school year featured a staggered release, some students are going to miss the system.

“I am not really happy about it because I’m going to be late to work which starts at 4:30. I think since I have to stay in my classes longer than I’m used to right now that I’m just not gonna like them as much,” sophomore Hanna Knox said. “But at the same time, I think it’s just kind of dumb changing things this late in the year, but I understand why they’re doing it because people leave early anyway. Overall I’m also just kind of like, just let it happen, it’ll be fine.”

“I understand why they’re doing it because a lot of the people released very early with us like band or athletics or seniors, they’re in the hallways for like 15 minutes, a lot of times they end up clumping together anyways right next to each other,” Mayfield said. “So the whole purpose of preventing COVID from spreading is kind of negated since they’re literally right next to each other. It does actually give us a little bit more time in the class period. So instead of kids getting out five or six minutes early, they’re in there for the full hour and a half versus like an hour and 22 an hour and 25, which sounds like a little bit amount of time, but it actually adds up over time to having those extra few minutes. But I do see the cons of it, because then literally everyone is in the hallway at the same time so I can see both sides of it. I think we’ll just kind of need to see how it works and see if people are responsible enough to not all be in one spot in the hallway at the same time.”

While the school is going back to the same release time for all students, Rainwater says the school’s admin team is willing to re-evaluate things in the future.