Boys’ basketball end their season with a record of 6-12 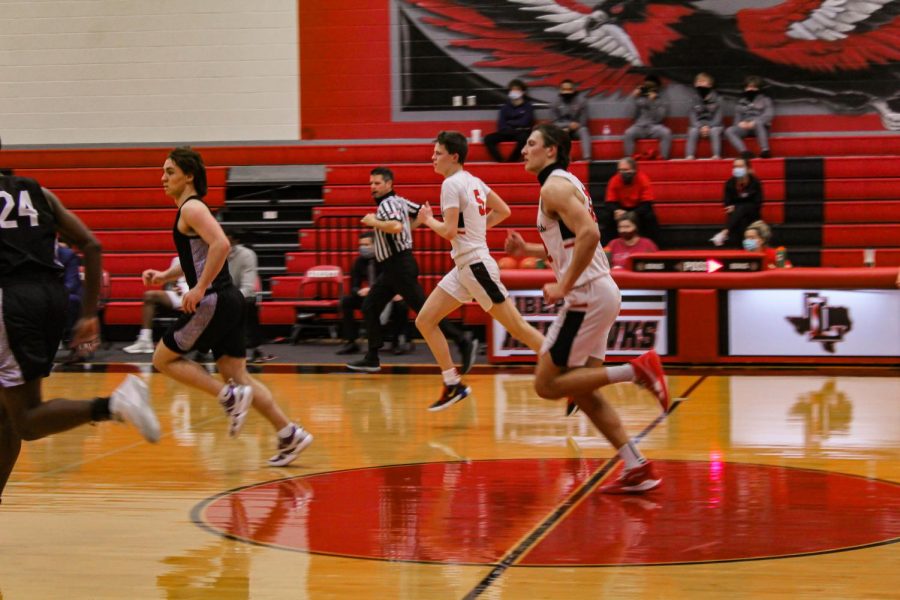 Tuesday night the boys basketball team took the court fro the last time of the season. The fell short to Wakeland High School 67-58.

Bringing their season to a close, the boys’ basketball team took on the Wakeland Wolverines in a District 9-5A game Tuesday, falling 67-58 to leave the Redhawks with a final district record of  6-12.

Though the team’s season will not continue past the district games, coach Stephen Friar feels they still accomplished their goal.

“[At the beginning of the season] our goal was to get one percent better every day which we improved on,” Friar said.

For senior Connor Hulstein, the season wrapped up well as the team became closer through their teamwork and determination.

“Our team’s strengths last season were how much we all worked together and got after it everyday in practice and for every game that we played,” Hulstein said via text.