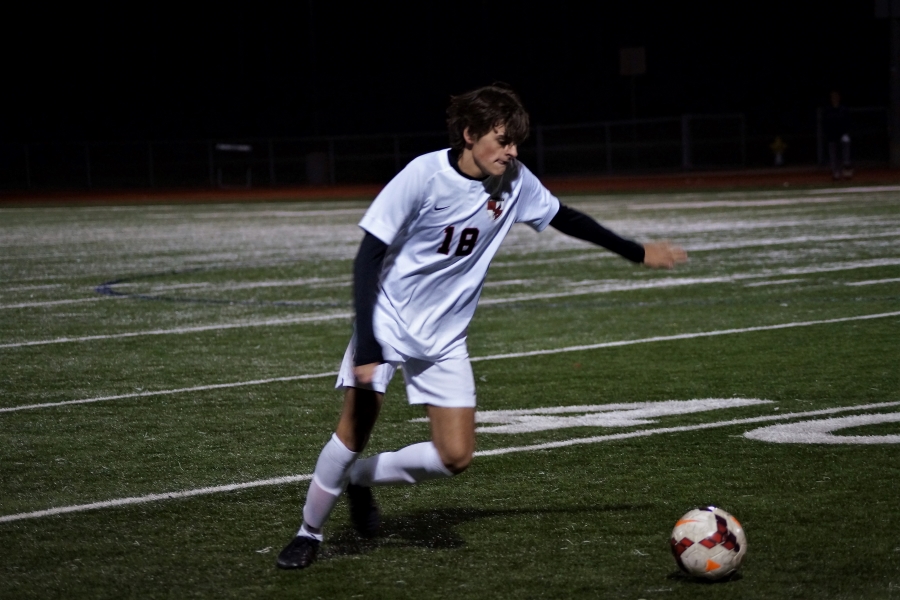 The soccer boys season came to end Thursday night after the team lost to The Colony durning playoffs. The Redhawks did not go down without a fight as the game went to double overtime, and they lost in penalty kicks.

Tied 1-1 at the end of regulation, and still tied after two rounds of overtime, the boys’ playoff run ended Thursday after The Colony outscored them in penalty kicks.

“I was mad about how the game ended because we had a lot of chances to finish the game,” senior Luke Enlow said. “Before it got to penalties but I was glad to share those memories with my friends and teammates.”

For junior Chris Maraquin, he was left with a variety of emotions at the end of the game.

“At the end of the game I was feeling a little emotional because all I could think about was how hard we worked this entire season,” Maraquin said. “The seniors’ last game, and the relationship we had as a team. During the game I was very hopeful that we would come out with a win. All I had was adrenaline.”

This year was the first time the team has made the playoffs in four years, and Enlow hopes  it gives underclassmen the motivation to make it a habit.

“I think making playoffs again shows the future players that we are a playoff team and that is not just a goal but an expectation,” Enlow said.

Knowing the work he and his teammates put in, Maraquin has hopes for a longer playoff run next year.

“Making playoffs sets the tone for our future because now we really understand that with hard work, we can go farther than we think,” Maraquin said. “I think we will be better next season because of the emotions we had at our last game. Seeing the other team celebrate and fans yell made us more motivated, and we’re definitely gonna keep a chip on our shoulders.”

With the season coming to an end, Enlow is thankful for the time he got to spend with his teammates.

“I’m sad for it to come to an end because our team is all really close friends and it’s hard to say goodbye to something that you have put a lot of work into over the last 4 years,” he said. “But I’m grateful that I was able to come closer with the guys in the team and grow those relationships.”