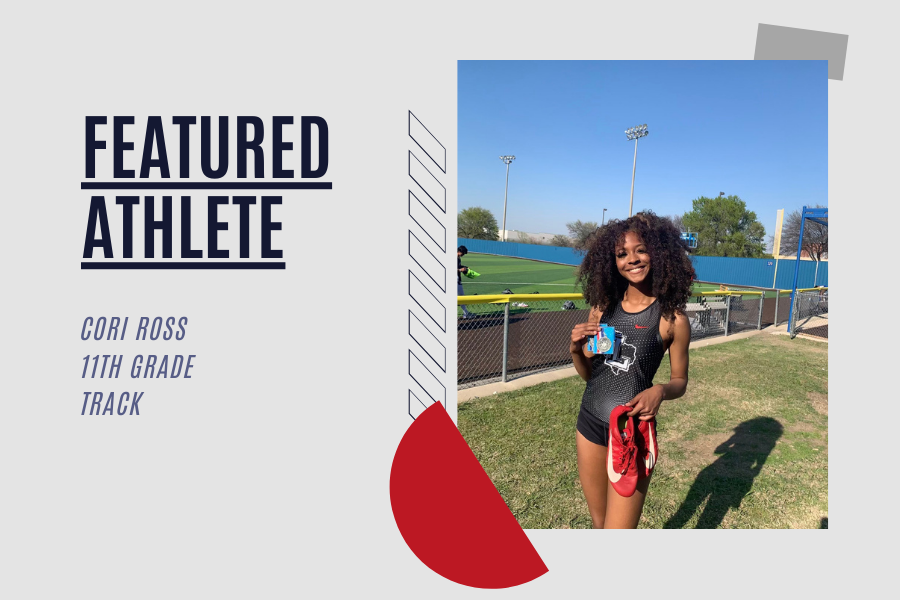 Wingspan: When did you start track?

Wingspan: Who encouraged you to start track?

Ross: “I was focused on another sport at the time so it kind of just started out as something to try. I ended up doing very well in middle school and decided to keep going.”

Wingspan: What is the hardest part about track?

Ross: “The hardest part is just being in your own head. The workouts could be miserable but it’s 10 times worse if you’re thinking negatively since it’s an individual sport.”

Wingspan: What is your favorite part about track?

Ross: “My favorite part would definitely be team outings. We all become way closer than we’d expect.”

Wingspan: Who is your biggest role model?

Ross: “Other than my parents, I wouldn’t say I have a set role model. I do follow along with people like Sha’Carri Richardson and people who have previously run or jumped here before like Nissi Kabongo who I happen to do the exact same events as.”

Wingspan: What is one thing people think about track that isn’t actually true?

Ross: “One thing that people assume about track is that it is purely individual. You’re not alone, it’s like every other team sport. We run together, lift together and are together a majority of the time. The only individual aspect is the short amount of time for the race or jump itself.”

Wingspan: Do you have any superstitions?

Ross: “I’m always superstitious about a large group of people watching me at a time for some reason. I feel like it’s bad luck but only for individual events. Coach Kiel even said if she wasn’t my coach I probably would’ve forced her to not watch. Another thing I do before I jump at meets is tap my left foot, my jumping foot, a few times on my mark before every jump, but everyone has some form of routine though.”

Wingspan: Do you have a pre-game routine?

Ross: “I’m very relaxed before meets, and if I have nerves I try my best not to show them because it can only make others feel the same way. There’s no routine usually but the more calm the better, I typically like being alone before my individual events but before relays I love to be with my relay girls.”