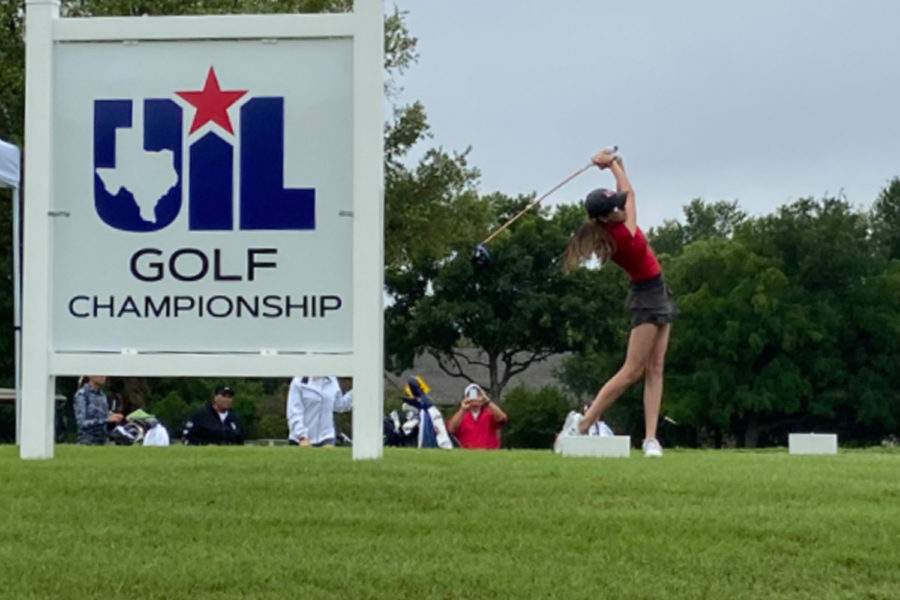 Teeing off on the 1st hole at White Wing Golf Club in Georgetown, senior Maya Jain and the rest of the girls' golf team are competing in the UIL 5A State Tournament on Monday and Tuesday. The Redhawks are making their first appearance at state since 2018.

The girls’ golf team takes on the rest of Texas in the UIL 5A state golf tournament Monday and Tuesday at 8:00 a.m. in Georgetown at the White Wing Golf Club, with the Redhawks making their first appearance at state since 2018.

Senior Maya Jain feels the team’s ticket to state brought about a feeling of ease as the group had a tough run at the District 9-5A tournament.

Making it out of district led senior Raleigh Davidson to believe the team would be playing at state.

No matter how they got there, the team is proud of how far they have come together and hopes to see all of the work they put in pay off.

“Just knowing that we made it by a couple of extra strokes, made us content with what we did and just excited to go to state again and spend more time with each other,” Jain said.