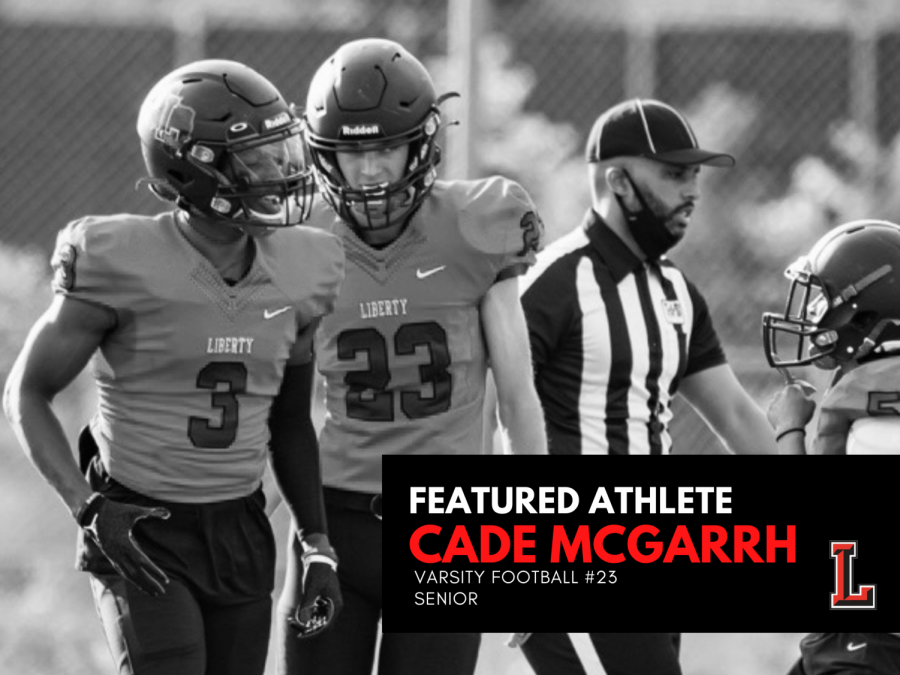 Wingspan: When did you first start playing football?

McGarrh: “I first started playing football when I was in seventh grade and then I kind of took a break for a little while once I committed in baseball. I played freshman year, took sophomore and junior year off, then I came back to it because I have always missed it and it’s one last ride with the boys.”

Wingspan: What made you choose baseball over football?

Wingspan: Who is your biggest motivator when it comes to football?

McGarrh: “When I play football, my biggest motivator would have to be my dad. His sport was football. He wasn’t the best at baseball but he played football often and looking up to him every time, he shows me the way to play on and off the field. He has always been my biggest influencer.”

Wingspan: What is your favorite part about the sport?

McGarrh: “My favorite part about football is the team chemistry we have. There are mostly seniors this year and it’s just a fun mix. I mean the bond is off the wall. In and out of the locker room, on the field, it’s just a great time. There’s no place I’d rather be.”

Wingspan: Do you have any superstitions?

McGarrh: “I wear the same socks every game. I mean, you wash the socks, but it’s like the same pair for both baseball and football. I can never take my Nike’s off. That’s my biggest superstition with baseball but we’ll see how that goes with football.”

Wingspan: Do you have any pre-game rituals?

McGarrh: “This is a weird one but I always drink chocolate milk right before the game. Baseball, football, basketball, whatever it is, I always do it. With baseball I always cross the dirt behind the plate before a game so I’m sure I’ll do the same thing with football this year too.”

Wingspan: What is one thing you think people believe about football that isn’t actually true?

McGarrh: “I don’t think people really do see the work we put in. We are up here from 5 to 9 most afternoons putting in the work in the weightroom, on the field, and in the classroom learning about different types of plays and what we can do better and I think that goes unseen but at the same time it’s still a big part of football that not many people recognize.”