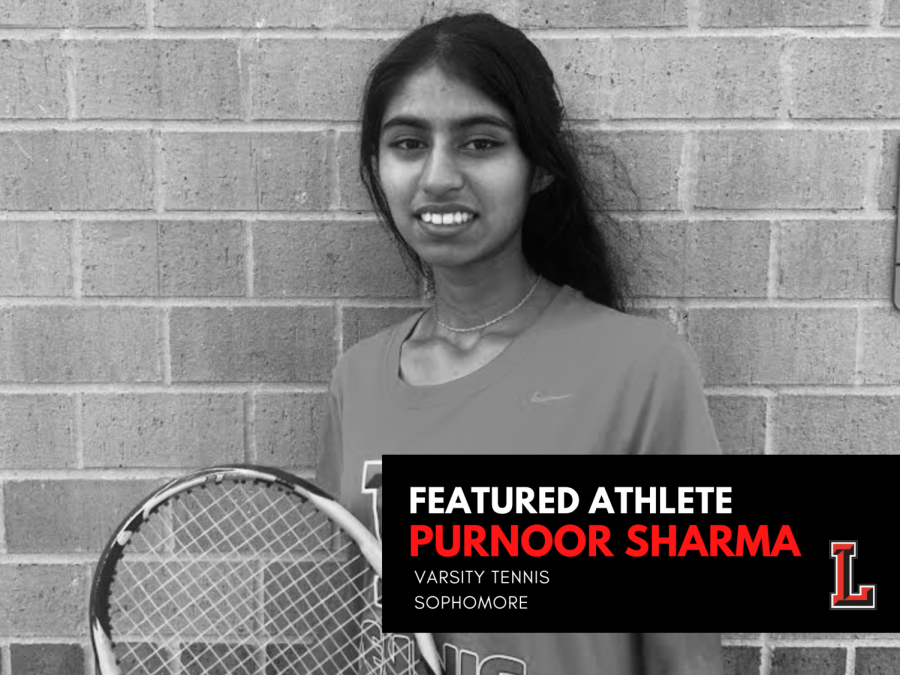 Wingspan: How did you stay positive while you were injured?

Sharma: “Honestly, it was a little hard to be positive all the time since all I wanted to do was detach my arm from my body. But, if there was any reason I stayed positive, it was due to the Liberty tennis team and my parents. Everyday I came on the court everyone would ask me how I was doing, how much my arm was hurting, and would always encourage me to push through the pain and that it would get better. I realized that whether I’d stay positive or not it would take the same amount of time to get better, so why not be positive through it?”

Wingspan: Do you have any pre-match rituals? If so, what are they?

Sharma: ”If blasting old motivational songs like “Eye of the Tiger” counts, then yes. I’m usually a little tense before matches, so my dad plays pretty motivating songs. Sometimes on the car ride there my dad will just ask me what I need to focus most, and what things I need to avoid doing in the match. This just helps me focus on what I need to do, instead of stressing about how good my opponent might be.”

Wingspan: Who is your biggest motivator?

Sharma: “My biggest motivators are probably my parents. They never complain about having to drop or pick me up anywhere, they just ask me to do my best. They always try to make it to my tournaments out of school when they can as well, which means a lot. And even if I come back home losing the match, they always cheer me up somehow and make me even more determined to win the next match. Honestly, little things like that really make me not want to let them down, so I try to play my best in every match I partake in.”

Wingspan: What’s something you love about tennis?

Sharma: “That’s hard to choose, I like almost everything about tennis. But, the thing I like most would probably be that there is no one right way to play tennis. There are different forms, different playing styles, etc. No one has to try to be the same, it’s the unique shots that you hit that make you win a match. You won’t really get far if you don’t have your own unique playing style, a style only you know how to maneuver through.”

Wingspan: What do you feel like you need to improve on for the next match?

Sharma: “As much as I hate to admit, probably my volleys. They were pretty weak in my last match. It may have been because of the injury, but regardless, they went into the net a lot. Hopefully, if I can work on those and fine tune them, they won’t be a problem!”

Wingspan: What are your strengths?

Sharma: “My strengths are hitting cross-court and hard shots in general. Cross court is when you hit the ball on the other side of the court. It basically makes the other person run to the ball more, which therefore decreases their accuracy on where the ball goes. Hard shots are another thing I’m pretty decent at, since I’ve practiced hitting those since I started playing. People get scared when a fast flying tennis ball is coming at them, so the shots work to my advantage.”

Wingspan: How have you been preparing for the season?

Sharma: “I’ve been preparing for this year’s season the whole summer. I’d been playing more tournaments, and had been practicing with numerous people. I actually feel like I’m pretty prepared for this season, but there’s still a few things I would like to work on. I’ll work on those during the weekends when I practice either by myself or with other people. Recovering from the injury I got at the tournament was a little bit of a setback, but I hope to go back to being the best I can be pretty soon!”