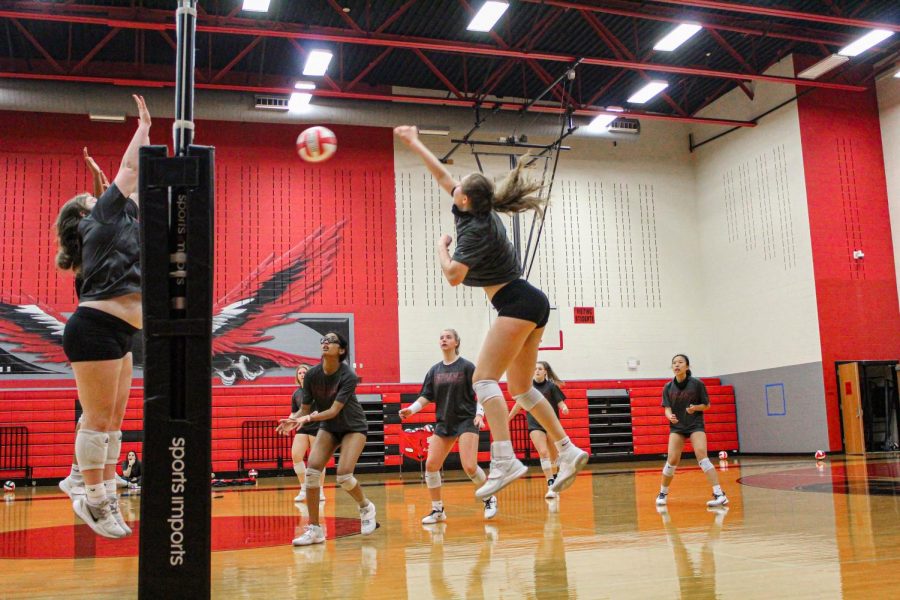 Volleyball sets their sights high and scores a win against Lebanon Trail High School in another District 9-5A game. With a little extra work on their offense, the Redhawks feel their hard work paid off.

Seeing as the team lost the previous two games they played, head coach Clark Oberle believes the team fared well against the Trailblazers.

“After really working on the tempo of our offense, we have been able to see improvements in the way we play which I think is really beneficial in the game against Lebanon Trial,” Oberle said.

With more than half the season still to come, senior Paeton Davis is glad the team has the opportunity to come together even more.

“This season we wanted to put our focus on playing as a team instead of individually which I think we have done really well so far,” Davis said. “I think that’s shown in our past few games in the way we play and the way we carry out our game plan.”