Facets of Faith: the ‘me’ in media 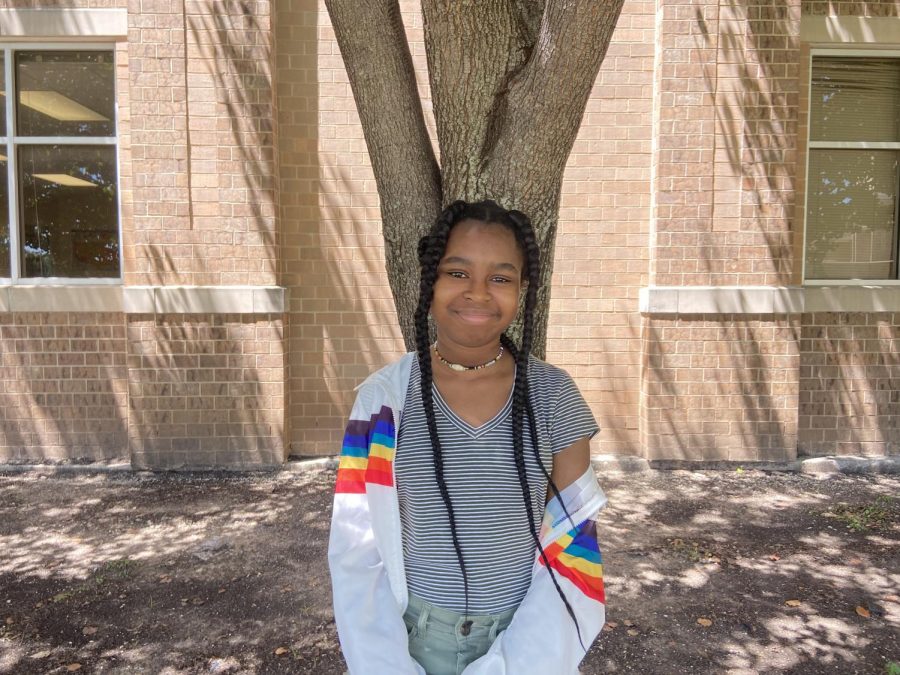 Staff reporter Faith Brocke expresses her emotions and experiences in her column, Facets of Faith.

As someone growing up in the 21st century, it is incredibly hard to avoid influence from the media, especially television. I’d be lying if I didn’t say that what I watch did a better job of teaching me how to deal with my emotions and issues better than the outside world.

My family isn’t anti-emotion, or anything of the sort, but sometimes the urge to say something about what I feel gets shut down or pushed to the side, and TV has really helped me cope with how I feel. It’s helped me feel seen when everybody else acts as if I’m invisible.

As a teenager with divorced parents, I can easily say that there have been times when I’ve failed to grasp what a family consisting of a mother, father and children looks like. For me, it’s always been my mother and siblings. I couldn’t tell you what it feels like to go on fishing trips or play catch with my dad (he’s got a weird metal hip and I don’t really see him, meaning they’re both out of the question), so I often find it hard to relate to characters who value their father’s opinion and maintain a stable relationship with them.

As silly as it sounds, I think the most prominent illustration of children who feel disconnected from who they’re meant to be due to having divorced parents was in the episode ‘Surf and/or Turf’ in season eight of My Little Pony. Silverstream and Terramar are children with divorced parents, their father living on land and their mother in the ocean. The separation causes Terramar to have identity issues and the weight of wanting to please both his parents like his older sister (Silverstream) drives him into a distressed state. By the end of the episode, Terramar understands that he’s not letting anyone down and his parents’ decision doesn’t mean the world is ending.

I quoted the episode for three days.

Watching TV gave me a window into a world of intense emotional awareness and acceptance.

When the Ducktales reboot ended, it felt like I’d been suckerpunched in the gut. I related so deeply to each character, from their personalities and ambitions, and I always found myself enthralled by each storyline. It comforted me through 2017, 2020 and 2021, which were genuinely the worst years of my life, and new content kept me afloat. The first season held me together when my uncle died, and Dewey Duck’s persistence when it came to trying to find out what happened to his mother distracted me enough to keep me from spiraling out of control. And then in 2020-21, when my mental health plummeted and half my family got COVID, it gave me a reason to get out of bed and check for new episodes every week.

The episode ‘Astro Boyd’ is like a lullaby to me, and I’ve watched it enough to feel comfortable falling asleep to it. Boyd, a robot, constantly struggles with being seen for who he is and being mistreated while maintaining unwavering optimism. If this episode had come out when I was younger, I’d be just as attached, because never being seen as anything beyond my surface drained me of my energy and happiness. Some days, I wondered if I was a robot, who could never prove anyone wrong, and I was exactly what everyone pegged me to be, despite how much I had to offer. I hold the show so dear to my heart.

But then it ended, and I cried for a month.

I owe that show much more than I can ever give it credit for, because each season taught me something new and made me feel safe, heard and understood. I’d be lying if I said I felt that way all the time.

There are countless other shows that have driven me to tears, or helped me realize that anger is natural, but if I listed them all, I’d be here all day.

It’s safe to say that I wouldn’t be the person I am today without TV shows, and I wouldn’t be able to articulate my thoughts, feelings and ideas as effectively if I bottled them up. As silly as it sounds, television is my safe place, and I would be pretty lost without it.